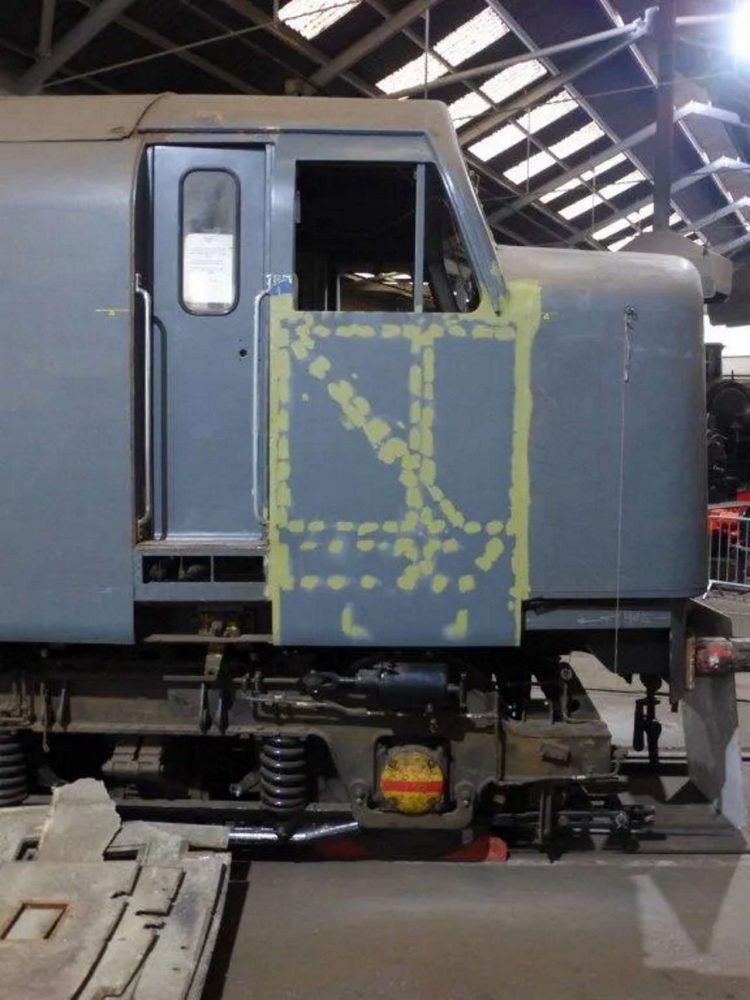 Whilst waiting for some mounting plates to be laser cut for a dummy CWA tank, a start was made on installation of the cab side panel installation.

Last year, all of the cab sides were tacked on in an attempt to make the loco almost weatherproof for when it had to be moved outside. The photo shows one of the cab sides fully attached. With green primer clearly showing the number and position of all the welds the panel is seen below shortly after completion.

This particular panel was done first, as it was the one that needed the greatest amount of work around it. The paint at the top corners shows the areas where new metal has had to be welded in at the front and rear of the panel; note also the beautiful recreation of the bend at the bottom of the quarterlight.

The photos below show the electrical control cubicle, which was removed ages ago as part of clearing the loco interior since when it has been in store on site.

With work on the body and underframe nearing completion, a start has been made on its refurbishment. The side on show in the photos is the engine room side, the other side of the cubicle faces the cab and forms the cab rear bulkhead.

This is an excellent before and after shot showing two shifts’ work of scraping paint by hand.

Up to £1.3bn to improve rail, tram and road links in Birmingham and West Midlands 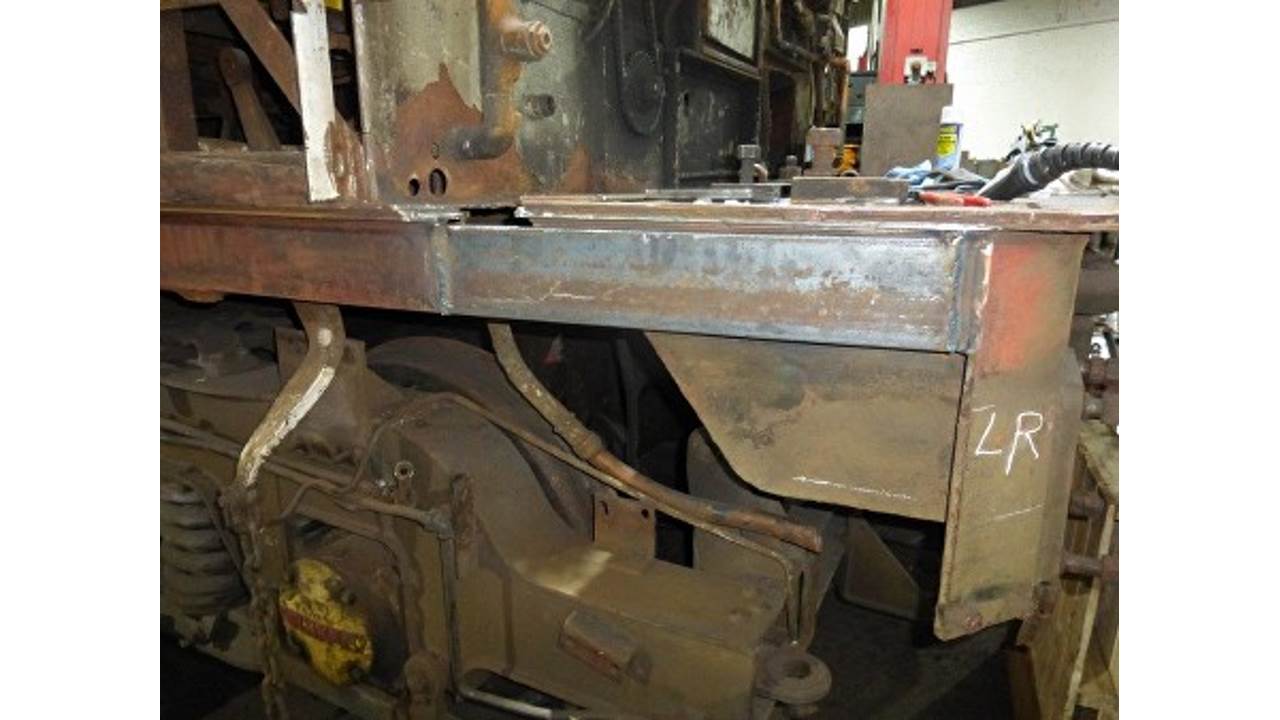