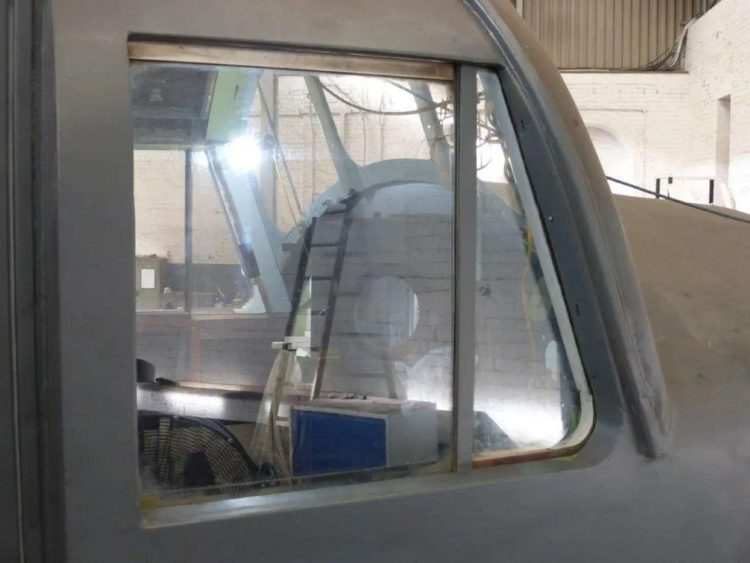 Significant progress is now being made, and after much time either working underneath the loco or bent over a fabrication on the floor, the volunteers can do most of the work whilst standing up.

The droplight and quarterlight on the second man’s side have been test fitted. Although they have been given a cursory clean, they will probably be replaced with new. After all the work that was undertaken on the cab and the whole of the cabside superstructure and sheeting being replaced, the project was delighted when two things that hadn’t changed dropped straight back in again.

Work has also taken place on the cab footstep. Two new spacer plates have been fitted at the back to allow the handbrake linkage to stand off from the back of the step to clear the linkage bearing. These will be drilled through so that the linkage can eventually be installed.

A number of CAD images have been produced, the first one being of a headcode disc assembly. The project has all the discs and pivot mechanisms, but require the upper and lower retaining fixtures. Those will soon be cast.

Also needing to be cast are the warning horn grilles. One is required at each end and will be mounted just above the buffer on the second man’s side.