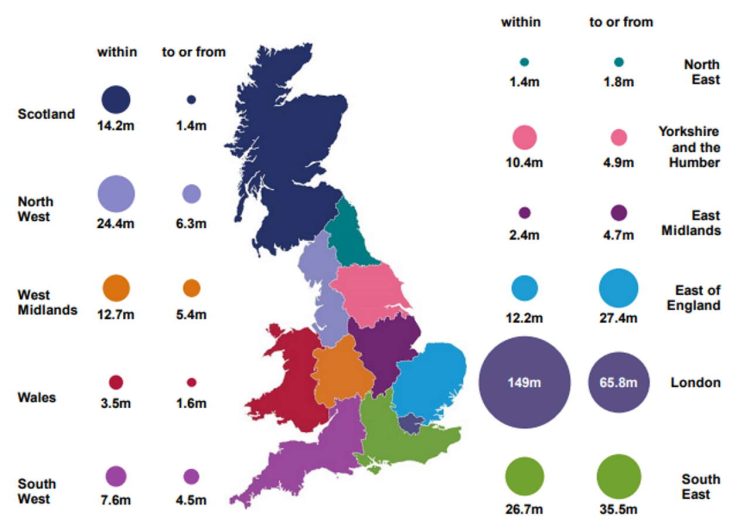 The Office of Rail and Road (ORR) has published its annual statistics of passenger journey data for each Region of Great Britain, including journeys between Regions, within Regions, and between England, Scotland, and Wales in the period 2020-2021.

Analysis of the data shows that although the coronavirus (COVID-19) pandemic affected passenger rail usage during the financial year, the impact varied regionally. 264 million journeys were made within regions in 2020-21, which is equivalent to 25.9% of the 1,022 million journeys made in 2019-20.

The full report can be found on ORR’s Data Portal here.

The report breaks down regional passenger journeys between England, Scotland, and Wales, and between regions, and within the following regions:

The Office of Rail and Road is the independent economic and safety regulator for Britain’s railways, and monitors the performance and efficiency of England’s Strategic Road Network. The ORR’s passenger-facing work derives from the licences it issues to train and station operators, including Network Rail for its managed stations, and from its powers and responsibilities under consumer and competition law.

NYMR reveals an array of experiences for 2022 including photography workshops

Last used in the 1990s and since their recent discovery, the toilets have undergone a huge refurbishment and...