Manchester to Stalybridge line subject to disruption until end of May 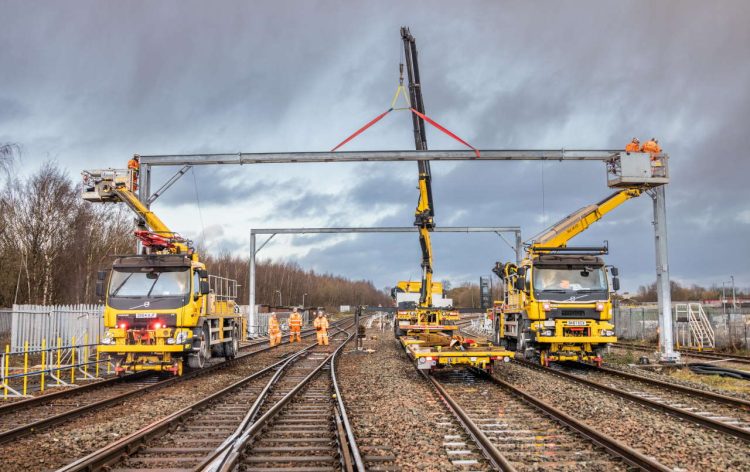 The railway line between Manchester and Stalybridge will be subject to disruption during weekends until the end of May as part of the Transpennine Route Upgrade to electrify the line.

The upgrade will bring faster, more frequent trains between York and Manchester via Leeds and Huddersfield. During the closure, diversions will be in place or rail-replacement buses will be provided.

Over the next few months, Network Rail will install new trackside columns to support the overhead electric wires, renew one mile of track, and upgrade signalling equipment.

In Ashton-under-Lyne, Network Rail will raise the height and upgrade Southampton Street and Granville Street bridges to provide sufficient clearance for the electric wires beneath them, making way for a cleaner, greener railway in the future.

Hannah Lomas, Principal Programme Sponsor for Network Rail, said: “These major upgrades will bring us another step closer to delivering a fully electrified, more modern railway for the future. This work is part of the multi-billion-pound Transpennine Route Upgrade which will bring passengers more frequent, faster, greener trains.

“We’ve worked closely with our train operating colleagues to make sure passengers can still travel to wherever they’re headed, and I’d advise anyone wishing to travel to plan ahead and allow extra time for their journey.”

Chris Nutton, Major Projects Director for TransPennine Express, said: “As work continues on the Transpennine Route Upgrade throughout weekends in February, March, April, and May, there will be a number of service alterations for TransPennine Express services; passengers are advised to allow for additional time to travel and to check carefully for the latest travel advice before they travel on our website www.tpexpress.co.uk/travel-updates/changes-to-train-times; updates will also be available on our social media channels. In addition, extra support will be available for passengers from Customer Delivery Managers who will be on hand to assist passengers with their journeys.”

Chris Jackson, Regional Director at Northern, said: “We are sorry for any disruption during the improvements and our customers can be assured that both Northern and Network Rail will do everything possible to minimise the impact of the work and deliver alternatives that keep people on the move.

“I would like to thank our customers in advance for their patience while his vital work is carried out.”

Approval has been given for a multi-billion-pound rail upgrade of railways in West Yorkshire as part of the...