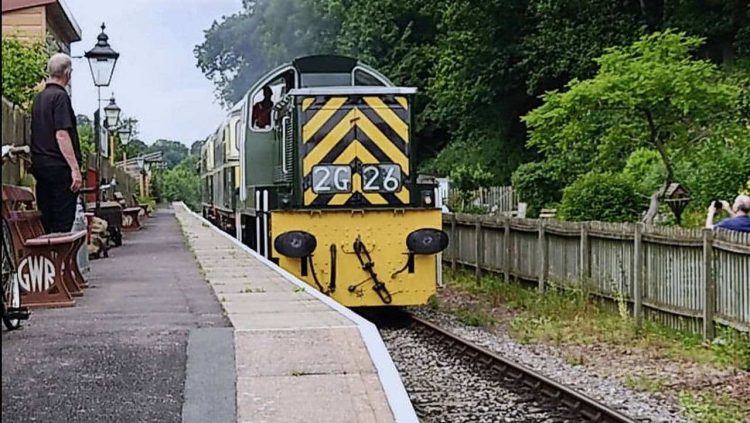 The Diesel and Electric Preservation Group has announced that Class 14 D9526 has headed away from the West Somerset Railway to go on hire to the Kent and East Sussex Railway.

The hire of the ‘Teddy Bear’ locomotive is for the rest of 2021.

Class 14 D9504 is already a resident at the Kent and East Sussex Railway, but this locomotive is undergoing maintenance, so the ideal replacement is D9526.

In preparation for the move, last week, the locomotive went on a loaded test run, hauling two Class 33 locomotives from Williton to Bishops Lydeard, weighing around 146 tons, the two Cromptons are equal to around 4 or 5 coaches.

A video of the loaded test run can be found on the Diesel and Electric Preservation Group’s website.

D9526 left Williton on Friday and is now at Rolvenden on the Kent and East Sussex Railway.

The DEPG has already loaned out Class 47 47077 North Star to the North Yorkshire Moors Railway, so where you can see a DEPG locomotive is expanding!

What do you think of this news? Let us know in the comments below.