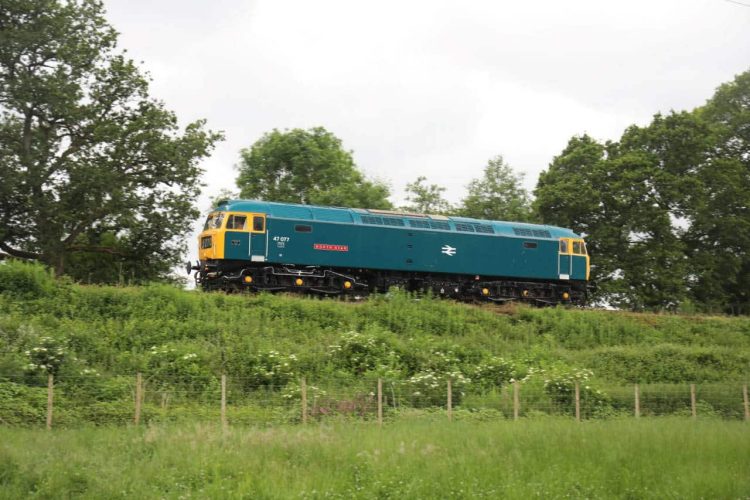 The Diesel and Electric Preservation Group Limited has revealed to RailAdvent that their Class 47 locomotive, 47077 ‘North Star’, has begun its journey to the North Yorkshire Moors Railway.

47077 moved today (21st June) under her own power for the first time on West Somerset Railway metal since 2017.

The loco left Williton at 10:15 for a run to Bishops Lydeard, with WSR Chief Traction Inspector Merv Hebditch driving with DEPG Chairman Martin Howard as secondman.

The locomotive will be staying at Bishops Lydeard awaiting transport to the North Yorkshire Moors Railway, which the DEPG say it has been hired in for the next two years.

The 300-mile journey from Bishops Lydeard to Newbridge on the North Yorkshire Moors Railway will be completed by Allelys.

Once settled on the North Yorkshire Moors Railway, the locomotive will run to Grosmont where another inspection will take place to bring her up to the requirements needed for possible mainline running between Grosmont and Whitby.