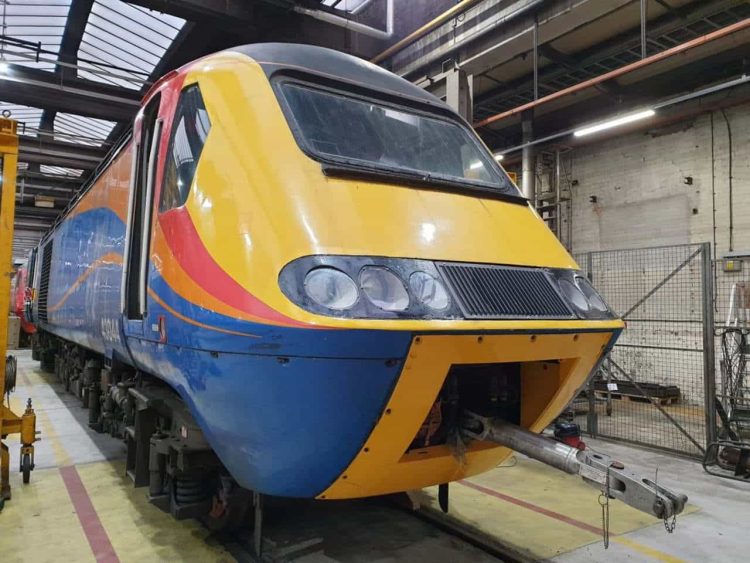 The 125 Group have confirmed that they have completed the purchase of two Mk3 coaches as well as a HST power car from Porterbrook.

Trailer Second No. 42120 is expected to become a spares donor, according to the 125 Group, but this is subject to change after a full assessment into the condition of the carriages.

Additionally, the 125 Group have confirmed the purchase of Class 43 power car, 43044, from Porterbrook.

Upon confirming the news, The 125 Group said: “The Trustees would like to extend their thanks to two particular long serving group members who have very generously funded the purchase of this power car – they are both highly dedicated to the cause and 125 Group owes them huge gratitude – thank you!”

The purchase of 43044 will help to meet a target of the group, which is to own a power car that is powered by a Paxman Valenta engine. 43044 will join the existing VP185 powercars owned by the 125 Group, but for the MTU fans, the 125 Group says “you’ll have to wait a little longer’.

The 125 Group continued to say “We would like to extend our sincere thanks to Porterbrook for again supporting us in our aims – there is no doubt we would not have succeeded without their generous support and help. We also extend thanks to our friends at East Midlands Railway for assisting us in the handover of 43044”

Damaged lifts at Birkenhead North set to be repaired in March