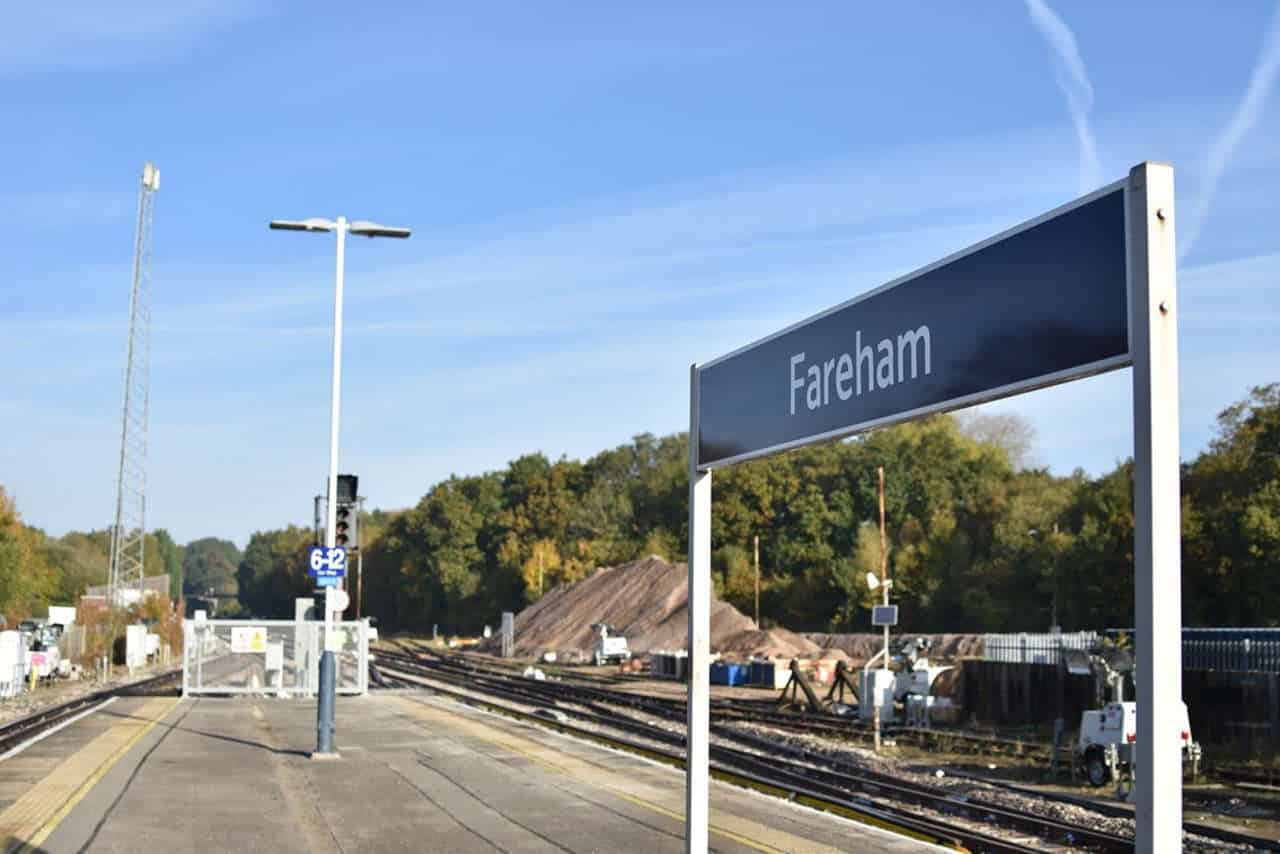 Engineers will undertake the shoring up of a vulnerable stretch of railway alongside 42 other jobs which will bring improvements for passengers using the route.

In order to carry out the work safely, a nine-day closure has been put in place and during that time no trains will run and rail replacement buses and diversions will take its place.

Built-in 1841, the steep-sided cutting which leads to Fareham Tunnel is in need of major work to improve it. A landslip on the line at Botley during 2014 saw services suspended for more than a month.

“By doing this work in a nine-day chunk it will mean we’re closing the railway for less time overall – and fewer weekends in particular. We’re also using the time to do a whole host of jobs, such as track improvements, maintenance and inspections that we would normally do by closing the route at weekends.

“We can’t forget that we’re also keeping the line safe from landslips by tackling the earthworks near Fareham Tunnel.

“While I appreciate that it’s going to mean longer journeys and some disruption for that period, it will also mean a safer and more reliable railway – and one that’s open for business as much as possible. I would ask customers to plan their journeys that week so they don’t get caught out by the changes as we’ve worked hard to provide diversions and buses to keep people moving.”

“We understand that a nine-day closure of the railway will significantly affect customers using the line between Eastleigh and Fareham, but this is the most effective and efficient way of delivering essential improvements. By spending time engineering a permanent solution, as well as taking the opportunity to carry out other maintenance and improvements, customers will experience greater reliability on this section of railway.

“We’ll be doing all we can to keep people moving and rail replacement buses will be in operation. Some services that would usually use this line are also diverted or revised, meaning customers may have to change trains, so we’re urging anyone planning a journey through this area to check before they travel.

“We’d like to thank our customers for their patience and understanding whilst these vital works take place”.

The major work will see engineers install retaining walls and make the slope of the cutting less steep alongside a package of improvements and maintenance work for the route.

Network Rail team members will also remove rail defects, maintain track and power supplies which will keep trains moving on time, remove litter and graffiti from Cosham and Fareham stations, work on points so that they work better in colder temperatures, inspection and improvements for drainage to allow the track to cope better during extreme weather conditions and replacement of the sidings in Eastleigh yard which is used by freight and engineering trains which work throughout the region’s railways.