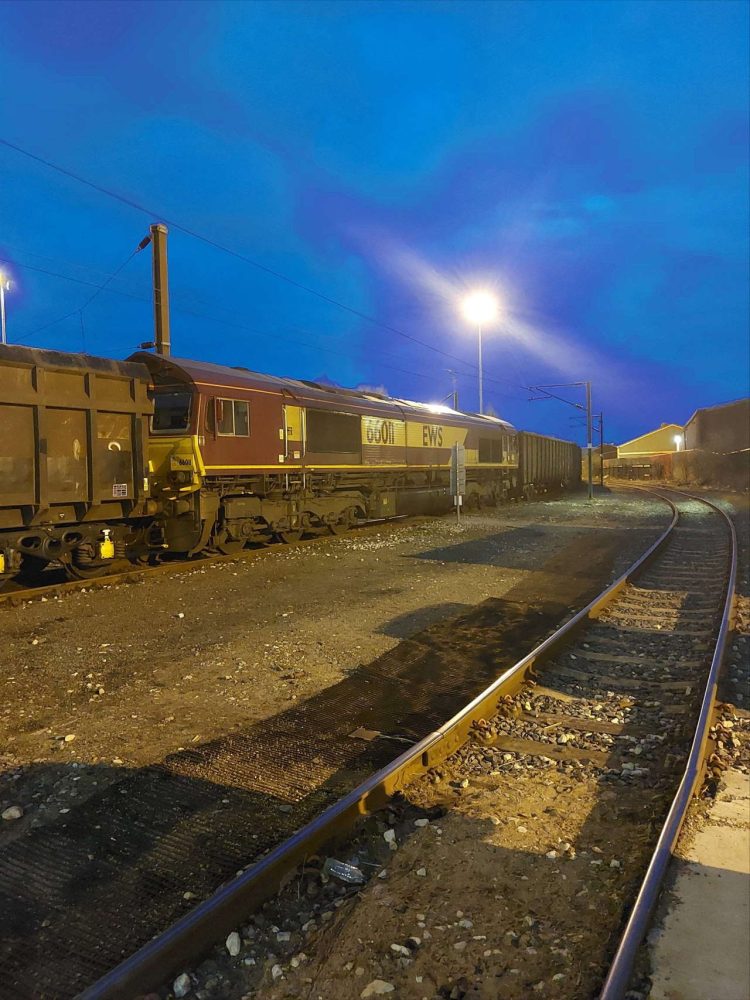 DB Cargo UK has carried out a trial of running a ‘jumbo’ freight train with a mix of wagons for two different types of customers, in order to increase capacity, improve customer service, and improve its efficiency.

Running from Belmont Yard in Doncaster to Barking in East London, the ‘combi-consist’ comprised two sets of empty wagons. There were 21 MBA wagons for Ward Recycling and 18 JNA wagons for FCC Environment, as well as an isolated dead-in-train locomotive in the middle.

The MBA wagons had previously been discharged at Immingham in North Lincolnshire and the JNA wagons discharged at FCC Environment’s new waste transfer facility at Tinsley in South Yorkshire. After discharge, both sets of wagons were transferred to DB Cargo UK’s Belmont Yard depot in Doncaster where the jumbo train was assembled.

To improve the efficiency of the service, DB will now extend the trial by testing the concept on a larger part of the East Coast Main Line as well as on the Midland Main Line.

Chief Sales Officer Roger Neary said “DB was delighted with the results of the trial, which had numerous benefits for both the rail freight company and its customers.”

“Combining two customers’ services into one train allowed us to reduce the required number of traincrew, freeing up resources to use on other services. It also enabled us to significantly reduce our fuel consumption, making the train not only leaner but greener too.”

“We had to obtain special permission to run the service with a locomotive in the middle dead-in-train but this reduced the need for complicated shunting at both ends of the journey. It enabled us to hook FCC Environment’s wagons onto the back of Ward’s wagons without having to remove the locomotive and run it round. It’s much more efficient in terms of yard management.”

“The initiative would drive greater reliability on a rail corridor that has recently seen very strong growth, with new services from the ports of Felixstowe and London Gateway for Maritime and new services for FCC Environment from DB Cargo UK’s London aggregates terminals to two new terminals located at Tinsley and Peterborough.

“At DB cargo UK we are continually looking at ways to challenge the norm and further improve the reliability and efficiency of our services and this is a great example of innovation in train-planning,” The Branch Line Society is running an auction to raise funds for Martin House Hospice which provides care...