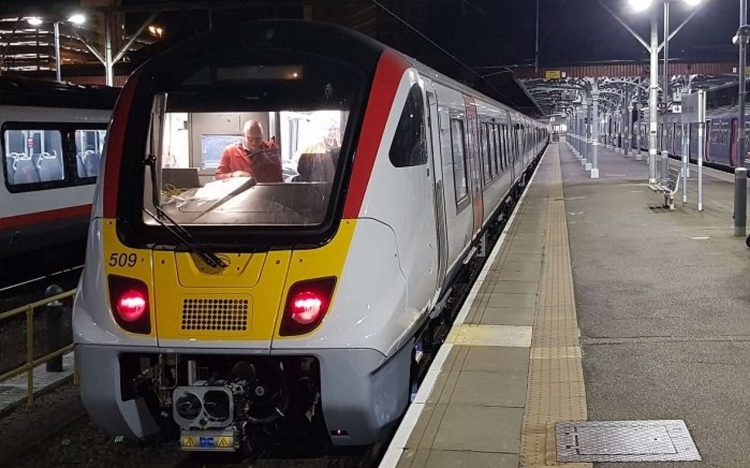 Greater Anglia is continuing with its programme to replace its entire fleet with new trains.

The first new train to enter passenger service this year is a UK-built electric commuter train going into operation on the Southend Victoria to Liverpool Street. That will bring the total number of new trains in the Greater Anglia fleet to 103.

New trains are now running on every route on the Greater Anglia network except between Ely and Kings Lynn, where they will arrive later this year.

The new trains are longer than the ones they have replaced, and have more seats, plug and USB sockets at every seat, free fast Wi-Fi, and climate-controlled air conditioning.

Priority seats are available to anyone, but when appropriate, those who can stand are encouraged to offer them to others around them who may have a non-visible impairment, are pregnant, or are less able to stand.

Most of Greater Anglia’s regional, intercity, and Stansted Express services are now operated by trains with low floors and retractable steps that bridge the gap between the train and platform. As more new trains arrive, the old trains are being retired so that Greater Anglia’s entire fleet now meets modern accessibility standards.

Martin Beable, Greater Anglia’s Engineering Director, said, “With the removal of old trains from service, and more brand-new trains entering service regularly, our transformation of the railway in East Anglia has reached another positive milestone.

“This will make it much easier for people to travel with confidence on our network in future.” The RAIB has issued its report into an incident in which a passenger became trapped in the doors...