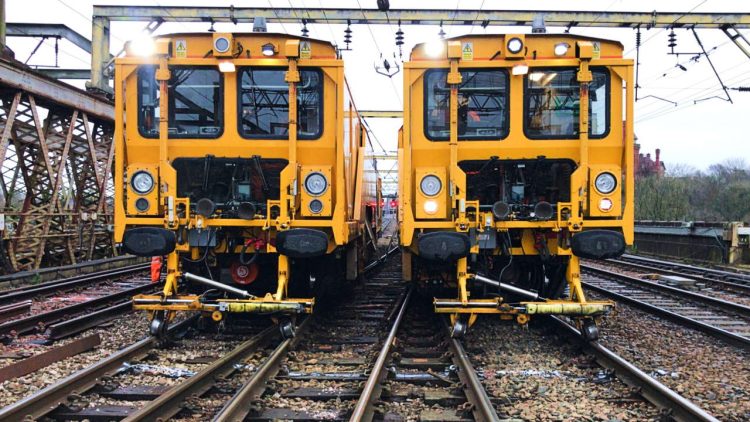 A number of upgrades to the railway infrastructure have been completed by Network Rail over Christmas between Euston, the Midlands and the North West.

Between Christmas Eve and the 29th December, upgrades were made to track, signalling and platforms.

The work included new signals installed at Birmingham New Street and Macclesfield, platform extensions to allow longer trains to run between Wolverhampton and Telford, and new track being laid at Bletchley as part of the East West Rail project.

Tim Shoveller, managing director for Network Rail’s North West & Central region, said: “The schemes we have undertaken this Christmas were all critical pieces of work to make the railway better for the future.

“I’m very proud of our frontline workers who have continued to work tirelessly throughout the pandemic to maintain and upgrade the railway for those who need it. This festive period has been no different, with hundreds of workers out delivering significant improvements, sometimes in very challenging weather conditions, across the North West and Central region.”

Work on the Transpennine Route Upgrade will be taking place between the 1st and 4th January.

In addition, between the 4th and 12 January, flood protection upgrades will affect services between Milton Keynes and Rugby.

While this work is carried out, trains will be diverted via Northampton, adding 25 minutes onto Avanti West Coast services.

Fewer services will run between Crewe and Euston on London Northwestern Railway with passengers needing to change at Rugby.

Lawrence Bowman, customer experience director for London Northwestern Railway, said: “This essential maintenance will improve the reliability of our rail infrastructure and reduce the likelihood of delays in the future. I urge customers to plan their rail travel in advance during the West Coast Main Line work near Milton Keynes in January when some journeys will take longer.”

Gus Dunster, executive director of operations and safety at Avanti West Coast, said: “As Network Rail carry out essential works near Milton Keynes in January, there’ll be changes to our services and extended journey times to and from London Euston. We strongly recommend you make a reservation, plan your journey in advance as well as check the National Rail Enquiries website before travelling.”

Because of planned industrial action by ASLEF and the RMT, passengers on West Midlands Railway should check their...