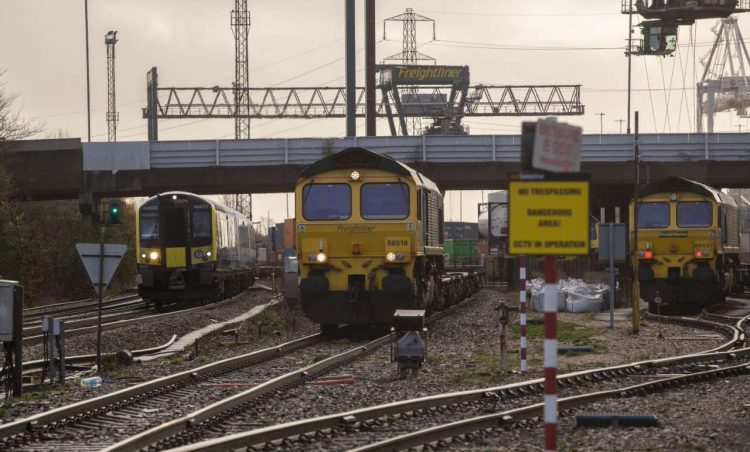 The Solent to the Midlands Multimodal Freight Strategy began in July 2020 and is a year’s work by Network Rail and Highways England and marks a step forward in their collaboration to create and implement an integrated strategy to better serve customers.

The year-long study is part of Network Rail’s Long Term Planning Process and also Highways England’s Route Strategy and Pioneer Projects, all of which are created to seek out future investment priorities.

Major findings from the study include roads being vital to complete door to door journeys over short distances, an example might be regional or local movements or the last mile of a rail freight interchange.

Rail has been found to be the most cost-effective option over long distances and also for larger loads. In terms of reliability, is has been found that both rail and road offer similar journey times which is important for freight customers where time is a vital component.

The study also reveals that changes in modes of transport such as a move to rail gives an opportunity to free up road traffic on the Solent and Midlands corridor, and more so of journeys greater than 50 miles and also greater than 100 miles for bulk and consumer items.

The Solent to Midlands route is an integral freight corridor for the UK, linking the major port of Southampton along with a large number of distribution centres and economic hubs in the Midlands, North and Scotland.

The Solent Ports especially Southampton are in excellent locations for connecting global freight and logistics which is affected directly by their close position to main shipping lanes. The Midlands is also identified as having a high concentration of large distribution centres and warehouses, the area is known as the ‘Golden Triangle’ of freight distribution.

Linking the Solent Ports to the Midlands is the A34 which is managed by Highways England and is closely echoed by an equivalent rail route which is owned and operated by Network Rail. The situation of the parallel road/rail routes offers a great opportunity for cross transport mode analysis.

The innovative use of data in the study identifies where freight flows via road could be better served by rail and also reveals the significant benefits that moving to rail could offer freight customers and also to the wider road and rail networks.

The freight strategies first phase offers the potential for changes and also reveals the scale of benefits that could be created. The next steps are going to be an ongoing partnership of Network Rail and Highways England to continue the strategy for this vital corridor whilst also looking for other areas which could benefit from working together which will improve service for customers.

Further steps also include removing barriers that prevent the necessary rail freight growth which will, in turn, enable an increase in freight flow from the Solent. Also unlocking new markets for rail freight and decarbonisation for freight movements and the road freight system.

Paul McMahon, Network Rail’s managing director for the System Operator said: “Both our organisations have a shared goal of keeping Britain moving, as well as contributing to achieving the government’s target of net-zero carbon emissions by 2050. This study contributes to these goals by demonstrating how both networks could be used more efficiently in terms of their overall capacity and their carbon footprint.”

Elliot Shaw, Highways England executive director of strategy and planning, said: “Highways England and Network Rail operate two of the country’s most important transport infrastructure networks for the freight and logistics industries. The Solent to Midlands Joint Strategic Study is a good example of us working together to identify the optimum solutions that could benefit road and rail users, the economy and the environment.”