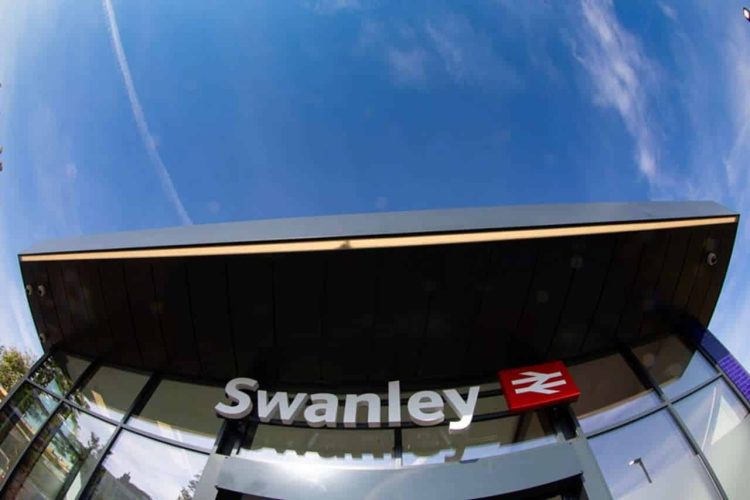 Train operator Southeastern has announced that the new station building and ticket office at Swanley in Kent has opened after a £2m project was completed.

The improvements at the station were announced last year, and have been funded by Sevenoaks District Council through the Community Infrastructure Levy (£750,000) and Kent County Council through their Local Growth Fund (£1.5m), via the South East Local Enterprise Partnership.

The project, delivered by Southeastern and Network Rail, has also seen new CCTV installed along with new lighting.

Work on the footbridge at the station was carried out by Network Rail and included the replacement of the canopy, new glazing and paintwork.

David Wornham, Passenger Services Director at Southeastern said: “We’re always wanting to do more for our passengers, and this new ticket office will provide a much modernised and accessible gateway to Swanley station. In partnership with Network Rail we’ve also been able to refurbish the existing footbridge to improve the station further for passengers, while ensuring that the approach to the station is easier for everyone using it, ensuring that the station’s carbon footprint is lower.”

Cllr David Brazier, Kent County Council Cabinet Member for Highways and Transport said: “I’m delighted to see the new station for the people of Swanley is now open for business. This project has greatly improved the look of the station and provides significant economic and environmental benefits. As well as improving access to the station, it will help reduce congestion, with a greater emphasis on encouraging pedestrians and bicycles.”

Cllr Peter Fleming, Leader of Sevenoaks District Council said: “I am so pleased that Sevenoaks District Council has been part of this project, working closely with Southeastern and Kent County Council to bring a modern new railway station to town. This shows our ongoing commitment to Swanley and is just one of a number of significant investments we are making in the town for the benefit of residents and visitors.”