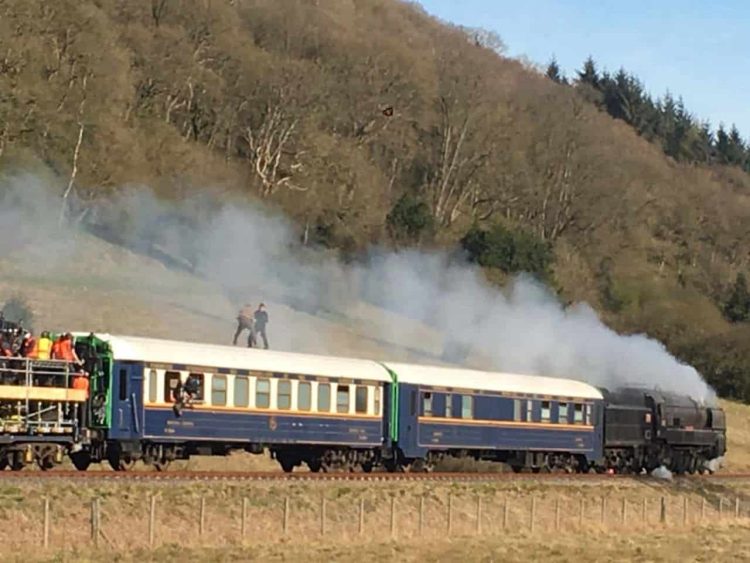 Tom Cruise has been in Yorkshire this week, filming scenes for the upcoming Mission: Impossible 7 film.

Mission: Impossible 7 is set for release on the 27th May 2022, having originally planned to be released on the 23rd July 2021 – delayed due to the Coronavirus pandemic.

The filming train featured the mockup steam locomotive, which has features similar to a Britannia class and 9Fs.

Two European style coaches were immediately behind the locomotive, and then filming equipment wagons were behind this. Powering the consist was a GB Railfreight Class 66 locomotive.

Will you be watching the new film when it is released next year? Let us know in the comments below!

A big thank you to Angie Childs for allowing us to share these images with you.