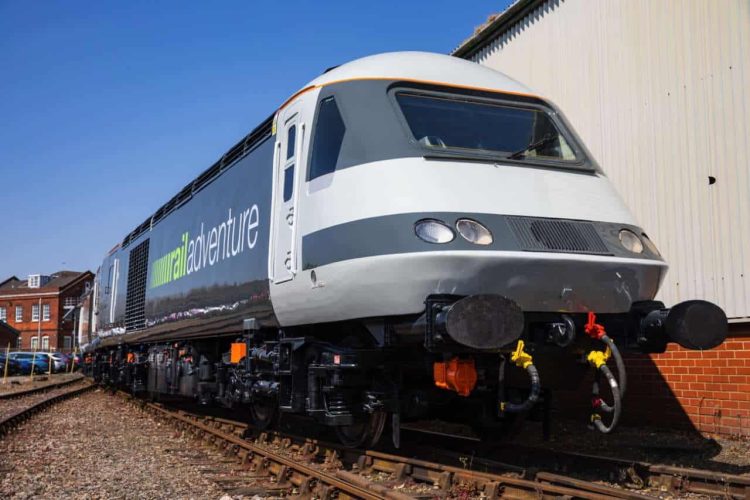 RailAdventure has signed a new partnership deal with Hanson & Hall Rail Services, and, at the same time, has purchased eight Class 43 locomotives, which will run back to back to operate domestic services.

RailAdventure, based in Munich, has been involved in delivering new trains from Europe to the UK, such as the new Merseyrail Class 777 trains.

Alex Dworaczek, Managing Director of RailAdventure GmbH, said: “We always want to accompany the development of our customers and are now proud to be able to offer the highest quality and most flexible solutions from our own source for the British domestic market. In addition, the local proximity to the production sites is important to us.”

Jason Hall, Managing Director of Hanson & Hall, said: “This is a really exciting time for us as we increase the scale our service offerings.  Through the combined experience of Rail Adventure and our company, the UK rail industry and its suppliers are about to receive a much-needed step change in service levels, and I am thrilled we have such fantastic partners backing us during the next stages of our growth”.

Hanson and Hall’s Class 50 and 31 locomotives will both wear the RailAdventure livery in the future, according to the operator. For the expansion of the fleet, RailAdventure says it relies on tried and tested equipment, using locomotives that are independent of any manufacturer or operating company.

With regards to this, Alex Dworaczek states: “What we want to avoid is, for example, using a current product of a locomotive manufacturer to transport the prototype of another competing company, which can lead to conflicts of interest with our customers.”

Six power cars will double up to form three double locomotives and will be fitted with translator technology to allow for controlling the brakes of towed multiple units.

The 43s are also planned to be used as traction vehicles at test centres in Central Europe.