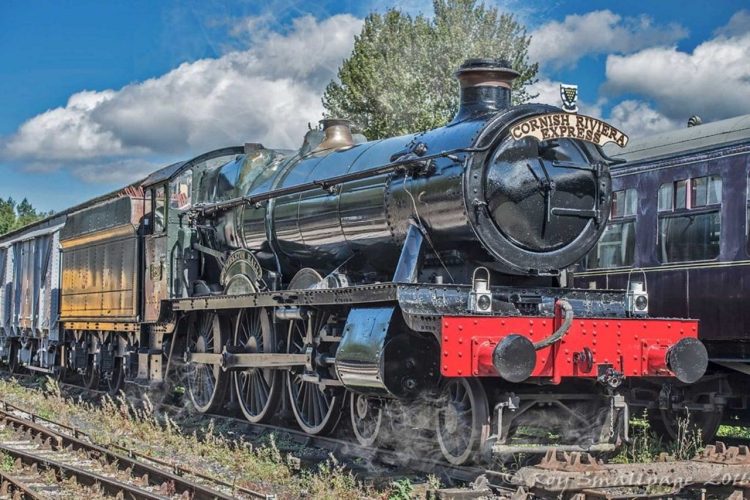 The South Devon Railway Trust, along with The Dumbleton Hall Preservation Society, has announced that they have agreed with a third-party over the sale of GWR ‘Hall’ steam locomotive No 4920 Dumbleton Hall.

4920 was originally purchased for preservation from Woodham Bros in Barry for use on the Paignton to Dartmouth Line.

It is expected that 4920 Dumbleton Hall will move to its new home in the new year.

Do we know the new owners of 4920? Unfortunately, no. The buyer wanted to remain unnamed and the fee for the locomotive is also remaining undisclosed.

However! This is excellent news for fans of 4920 Dumbleton Hall and we hope to see her in steam in the next few years.

DHPS chairman, Richard Elliott, commented: “After we received an offer to buy former GWR loco No. 4920 Dumbleton Hall, the South Devon Railway Trust and Dumbleton Hall Preservation Society decided to take it up.

“Dumbleton Hall last ran in 1999 and is now in need of a heavy overhaul. It is a long way down the restoration queue at Buckfastleigh and also would never be used regularly on the line because it’s too big as a Red route, Class 5 machine.

“The SDRT and DHPS have agreed to accept the sale offer from an unnamed third party buyer for an undisclosed sum. It’s a good deal for us and the engine will now hopefully run again in the not too distant future.”

Chairman, Jon Morton, said: “This is good news, both for the loco and for the SDR. As Robin Jones, the editor of Heritage Railway, accurately said, ‘the SDR is the quintessential GWR branch line’. That means branch line trains and branch line locos, so a Hall is not really the best kind of loco for us. With a new owner, we can all look forward to seeing this loco returned to steam and working again, which is what we all want. With the cost and limited running opportunities, returning 4920 to steam at Buckfastleigh with so many other priorities was simply not an immediate option.”