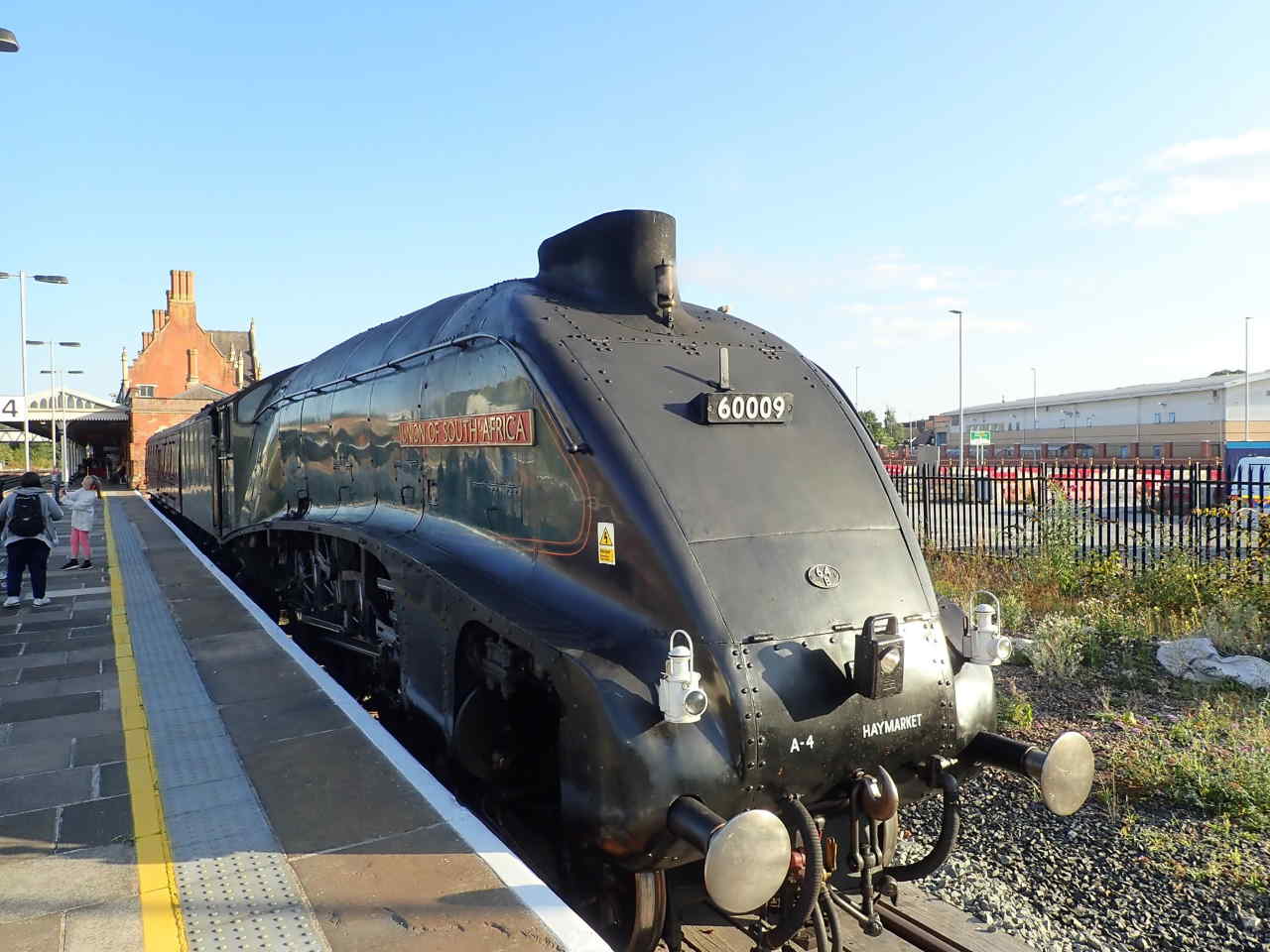 It has been confirmed that Ex-LNER A4 No. 60009 Union of South Africa will run at the East Lancashire Railway for a year once the Coronavirus crisis has come to an end.

Today, 60009’s mainline certificate has come to an end – after 29 years on the mainline with LNER and British Rail, and a further 47 years under John Cameron’s ownership.

Currently, there are no plans for an overhaul after a year at the East Lancashire Railway.

What is your favourite memory of 60009? Let us know in the comments below!

60009 Union of South Africa is an LNER Class A4 steam locomotive. It was built in 1937 at Doncaster Works. The ‘A4’ was a common sight on the East Coast Mainline between London and Scotland. 60009 is one of six surviving A4s.