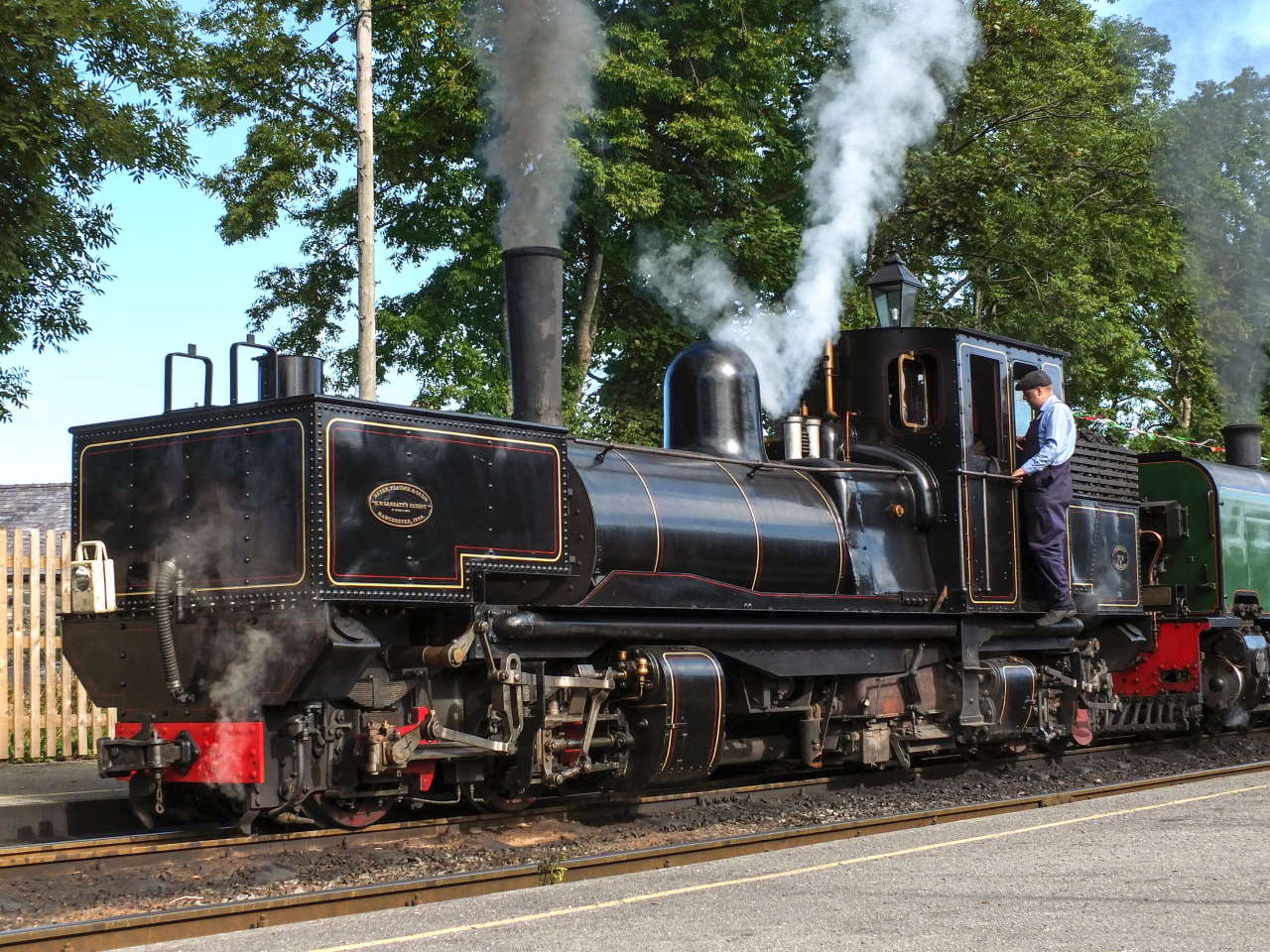 The Ffestiniog & Welsh Highland Railway has announced that Garratt K1 will return to steam in 2020.

The Pioneer Beyer Garratt moved from the Welsh Highland Railway to the Statfold Barn Railway recently.

The original plan was to have K1 in safe storage and allow it to be accessible by the public at the Statfold Barn Railway.

However, in a great piece of cooperation that reflects a can-do attitude of both the Statfold Barn and the Ffestiniog Railway, a deal is now in place that should see the locomotive returned to steam in 2020.

The FFWHR did not have the funding or resources in the past four years to bring the locomotive to steam. Even after it returned to steam, the locomotive would only see occasional use.

At the same time, the Statfold Barn Railway were keen to have a larger locomotive available.

By working together, the two railways have found a solution where the SBR will carry out the work immediately and then make the locomotive available to the FFWHR free of charge for periods of each year.

Work has already begun on the overhaul of the locomotive. However, it can not be forecasted when the K1 will return to passenger service.

It is intended that the K1 will appear at a Statfold Barn event first and then will be welcomed home to the Welsh Highland in the late autumn.

“It is so refreshing to cut through all the red tape usually associated with locomotive deals and to get things moving on the overhaul straight away. This is a great example of how things can work in the heritage railway world if we put our minds to it”.

“This is a win-win situation for everyone involved. Statfold Barn have always appreciated the support of the Narrow Gauge community and we really look forward to making K1 available to them at out forthcoming open days. K1 will be a valuable addition to our loco roster and adds greatly to the Narrow Gauge story we are telling with our variety of locomotive types on display and in action”.