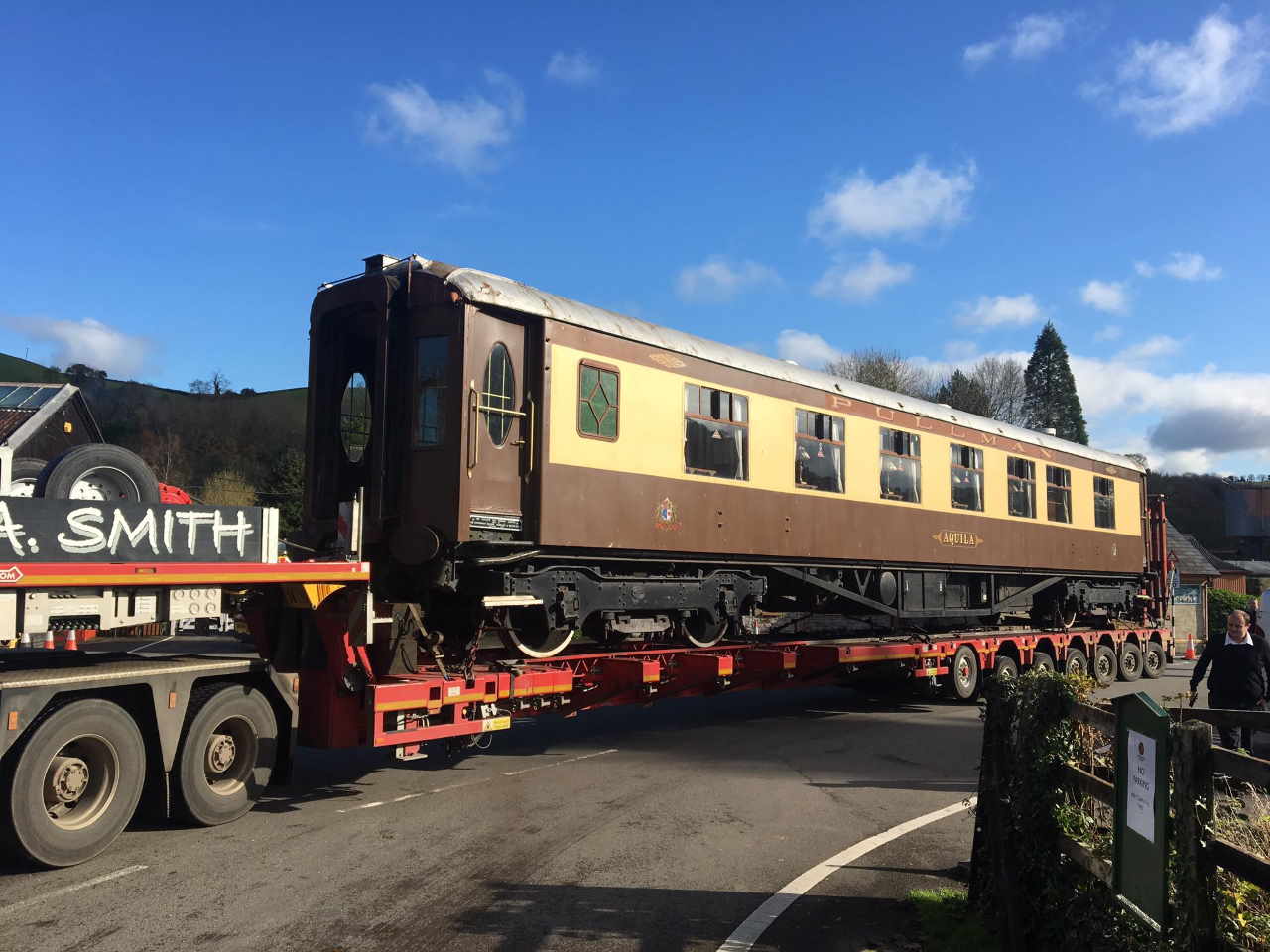 The South Devon Railway has announced that it has taken delivery of Pullman Carriage Aquila.

Aquila is a “kitchen first”. This carriage is one of a set built for the Festival of Britain in 1951 and was used on the Golden Arrow service between London Victoria and Dover.

The carriage has royal connections as in March 1958 she was used to convey the Queen and the Duke of Edinburgh to Windsor.

The carriage has been brought privately and is transferring to a new future on the South Devon Railway.

There is no confirmation when this carriage is set to enter service, so we will keep you updated.