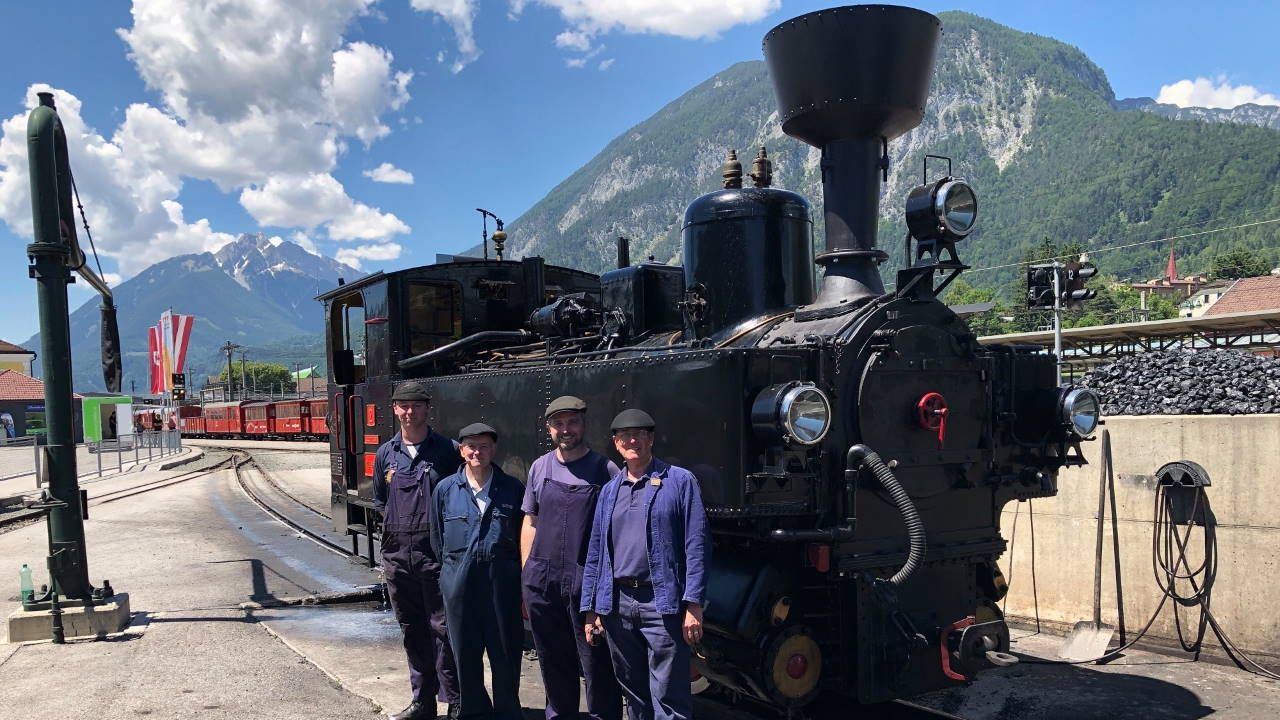 The Welshpool & Llanfair Light Railway has announced that they have signed a contract with the Zillertalbahn in Austria.

This will see the line in Mid Wales hire newly overhauled U-class 0-6-2T locomotive, No. 2 ‘Zillertal’, for approximately two years.

The agreement will further cement a relationship between the two 2ft 6in gauge railways that dates back to the earliest years of the W&LLR’s preservation, when the Zillertalbahn donated four carriages to the Mid-Wales line.

The W&LLR is the longest and one of only three 2ft 6in gauge lines operating in the UK, and it is believed that a U-class locomotive has never run in this country before.

Zillertal will also be the oldest locomotive on the line during its stay, being built in 1900. This makes it two years older than WLLR originals ‘The Earl’ and ‘The Countess’, both built in 1902.

Zillertal was one of two locomotives built for the opening of the Zillertalbahn and has always been based on the community-owned railway, which runs nearly 32km from the mainline at Jenbach to its terminus at Mayrhofen.

The U-Class has been under major overhaul over the winter and was first steamed successfully on 24th May.

Assuming that the remaining testing, crew training and final contract arrangements proceed as planned, the locomotive is expected to arrive in Wales around the end of July.

The locomotive is also set to play a starring role at the W&LLR’s annual Steam Gala between 30th August and 1st September.

The hire of the U-class will not only provide a new and major attraction on the W&LLR but also relieve pressure on the home locomotive fleet whilst other engines are out of service!

No. 699.01 ‘Sir Drefaldwyn’ is not expected out of the railway’s workshops until the end of 2019. Original Beyer Peacock No. 1 The Earl has already been taken to the Vale of Rheidol Railway at Aberystwyth for overhaul. Also, the hire period is expected to cover the start of Sierra Leone Hunslet No.85, which is expected to start as soon as Sir Drefalfwyn is complete.

W&LLR general manager Charles Spencer, who has led the hire negotiations, says that the Welsh line has always valued the historical connection with the Zillertalbahn.

“It has been a pleasure working with them on preparations, and it has also been an ambition to bring an iconic U-class to the UK, using its Alpine technology to haul its former carriages up the steep gradients on our line.”

“Our workshop has done an excellent job overhauling our No. 2; while our other two engines handle our popular daily steam service in the season, it will be exciting to see Zillertal represent our railway with its former carriages in Wales.”

For the 2022 season, the Lincolnshire Coast Light Railway needs a third passenger vehicle to cope with growing...