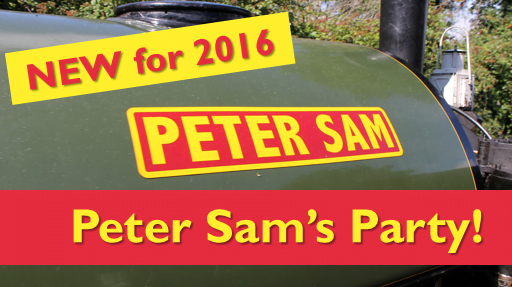 As half term steams by, you may be wondering what you could do to entertain the Kids.A few railways are holding some special events to entertain the kids through the half term. The first is the Talyllyn Railway, in Wales. They are holding a party for Peter Sam. This event will be held on the 2nd June 2016

Peter Sam will be hauling a special train on the railway, which will depart Tywyn Wharf at 09:50. This train will take you up the line to Abergynolwyn.

There are plenty of activities to keep you and your family entertained. Here are some of the activities happening on the 2nd June 2016

Peter Sam to Return to The Talyllyn Railway in June

There is a special timetable in operation on this day