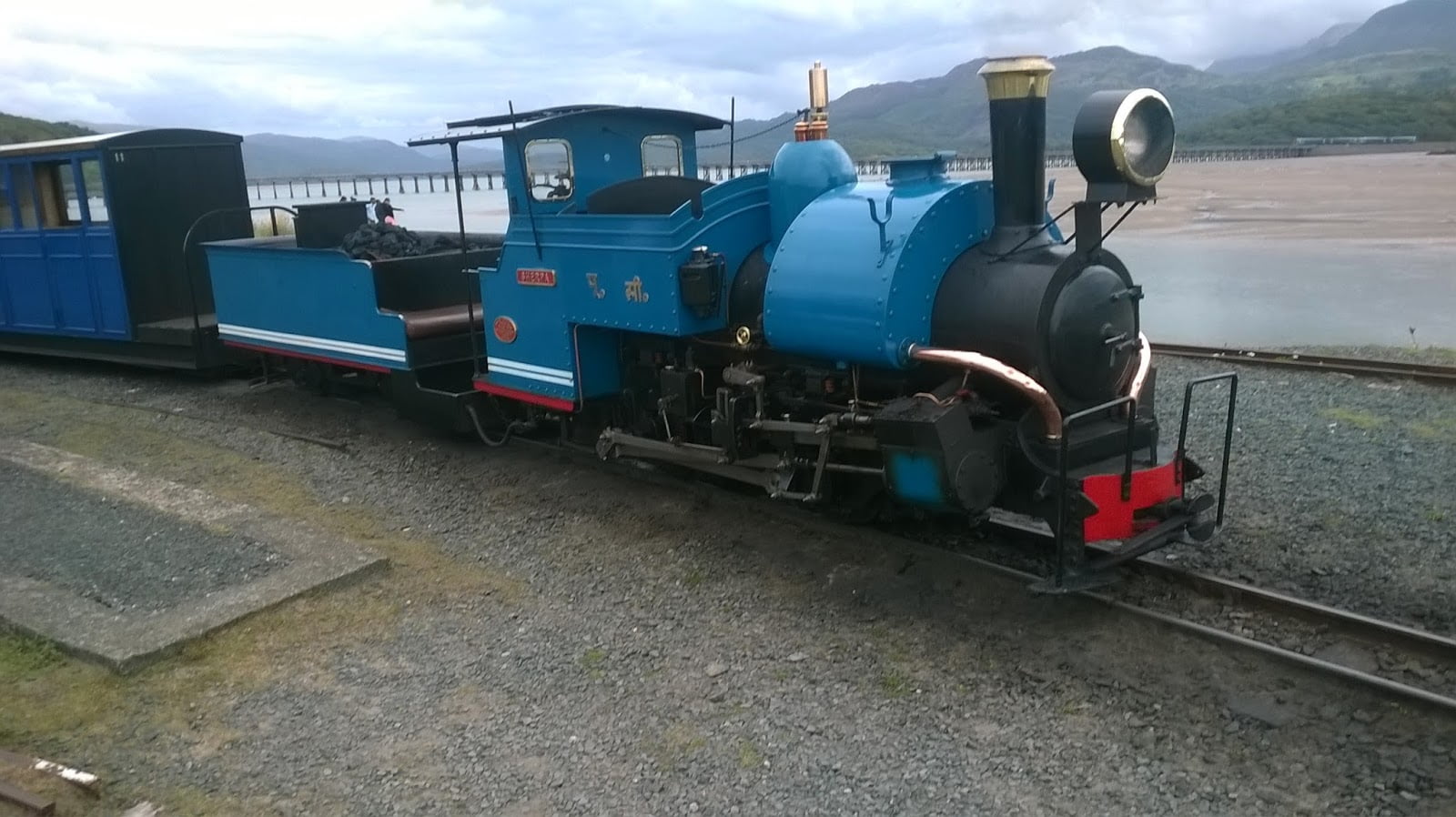 Following the laying of a special section of track, in 12.25 and 15″, the railway is welcoming home three engines that between them span the first 70 years of the railway when it was a 15 gauge track. Prince Edward of Wales was built for the Fairbourne in 1916 by W.J.Bassett-Lowke.  In 1923 they swapped it for another engine and it moved to Llewelyn’s Miniature Railway at Southport, and during its life it was briefly used at the Lightwater Valley Railway. In 1994 its current owner began an extended restoration programme.

All available 12.25″ engines will be running a special service along the line.

The first train will leave Fairbourne at 10:40 and Barmouth Ferry at 11:30, trains will then run roughly every 30 minutes until around 16:30, see the Fairbourne Railway website for more information.

The 3 visiting locos will be operating ‘top-and-tail’, giving short rides between service train.

At Barmouth Ferry there will be a miniature railway and model tent with displays, and a rally of miniature traction engines will be at Fairbourne Station.

PLEASE NOTE: Gift Aided Free Return Visits are not valid during any of the Gala days

We hope to be there on the Saturday, so keep a look out for a post and video! Fairbourne Railway – A Centenary of Steam Gala – The Video Live at the Fairbourne Railway’s Centenary of Steam Gala