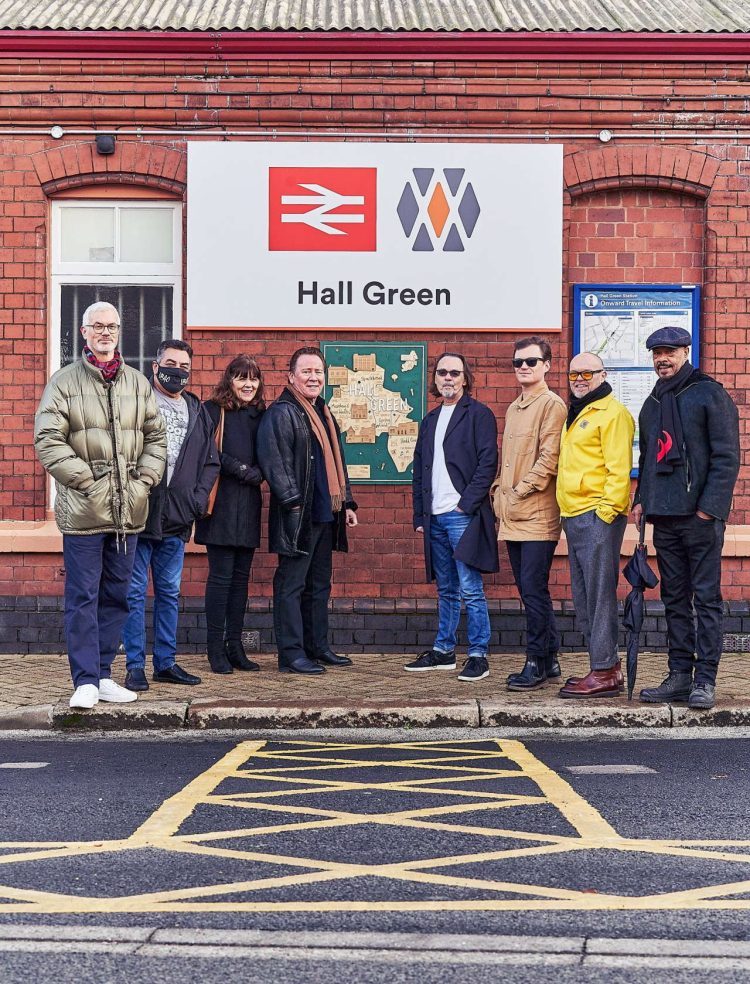 The railway has created the initiative to celebrate the region’s musical heritage. Appropriately, legendary reggae band UB40 were guests of honour when the railway unveiled the initiative at Birmingham’s Hall Green station on Friday, 26 November.

The project is the brainchild of the Birmingham Music Archive and is funded through WMR’s “Your Community, Your Fund” scheme. It provides rail passengers with a tour of Birmingham’s world-class musical heritage, celebrating some of the city’s legendary Brummie artists such as Ozzy Osbourne, Joan Armatrading, and Jamelia.

Music-themed information boards are to be installed at dozens of railway stations across the city, with the first one already unveiled at Hall Green, close to where UB40, Ocean Colour Scene, and Laura Mvula started out.

Also at the launch event was Adam Regan, from music venue the Hare & Hounds in Kings Heath, which hosted UB40’s first gig in 1979.

Fay Easton, WMR head of stakeholder and community, said: “The ‘Your Community, Your Fund’ scheme was designed to bring life to community projects that would benefit our customers and we are so pleased to see this world-class concept delivered in Birmingham.

“Many local people and global visitors will be unaware of the musical talent that impacted world music from Birmingham and the Midlands. This talent should be celebrated, and we are proud to have been part of this project to bring Birmingham’s musical heritage to life at our stations.”

The scheme is funded by the Department for Transport; it was previously known as the Customer & Communities Improvement Fund. Under the scheme, WMR and sister company London Northwestern Railway is investing a total of £1.7million in community projects across the network.

Jez Collins, founder of Birmingham Music Archive, said: “I’m passionate about Birmingham’s music history, heritage and culture and as a city we need to celebrate and publicise these stories of global interest.

“This project with the railways will allow us to reach hundreds of thousands of people each year, as they travel across the train network. It’s a fantastic opportunity to highlight, through truly beautiful locally-produced maps, some of Birmingham’s great musicians and venues.”

The information boards are intricate 3D wooden maps that have been produced by designers from city-based studio Space Play. They will feature Spotify codes that connect to a curated playlist for each area.

Maps will be installed at the following stations:

University and Perry Barr stations will get their maps when station redevelopment work has been completed next year.

For more details about the project, visit www.birminghammusicarchive.com