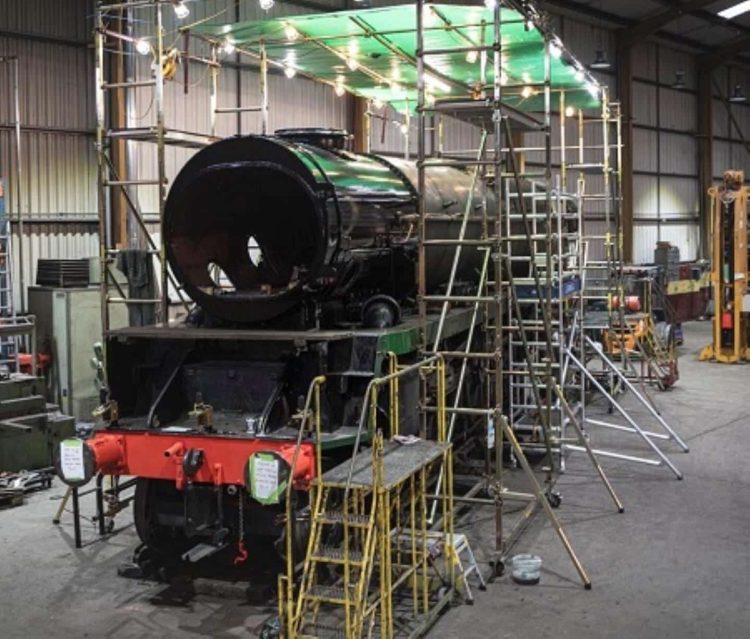 With the current overhaul of “Eddystone” being delayed throughout this year, especially with the second Lockdown in England, little to no work has progressed with 34010’s restoration. The team will begin work on restoring Sidmouths leading bogie, as this component is needed for 34072. More information on this can be found below. In good news, work has resumed at the North Norfolk Railway on 34010’s boiler, which will be used on 34053 once restored.

Once work on 34028 is completed at Herston Works and this engine leaves, Sidmouth’s locomotive frame can be moved from the Swanage Railway into Herston, where restoration work can progress. Currently, this is planned to take part in the first half of 2021. 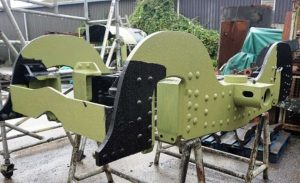 Continuing work throughout the second Lockdown, “Eddystone” is very close to completion. Recent work has seen the team fit electrics and pipework, followed by painting. A few last components are being made, such as the water couplings and arrival of the newly manufactured reversing screw is due soon.

A hydraulic test on the boiler is being arranged, this being delayed to ensure a short time between the test and 34028 entering traffic. Over the next few months, the tender to be paired with “Eddystone” will be repaired, with engine and tender planned to be connected around Early March. This will be followed by running in, which all going well, should see 34028 fully returned to traffic for the Easter holidays. 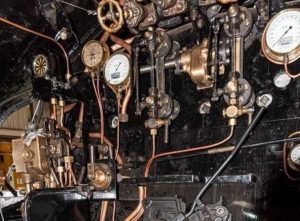 “Sir Keith Park” is proving to be very popular at the Spa Valley Railway already, with visitor numbers on days the engine has been running up from 2019 numbers. Current plans should see 34053 in traffic in the run-up to Christmas as the Spa Valley Railway will be open and running trains. “Sir Keith Park” should be fit for traffic until Early 2020, following the engine recently passing it’s annual boiler examination and undergoing maintenance work. 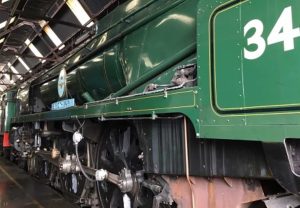 Tyseley Locomotive Works has been progressing well with 34070’s overhaul. Attention has turned to the ‘bottom-end’ of the locomotive now, with the leading coupled wheels’ axle boxes needing to be remetalled to build up lost white metal. The inside cylinder is under inspection to determine whether or not it needs boring. SLL hopes to see “Manston” return to traffic at some point during 2021.

34072 has been in traffic at the Swanage Railway over the Summer and Autumn, with crews recently noticing that a number of rivets in 34072’s leading bogie have come loose. As mentioned above, in order to reduce downtime, SLL will fully restore 34010’s bogie and use it with “257 Squadron” temporarily until repairs are completed on its own bogie. The bogie will need restoring in the not too distant future, as “Sidmouth”‘s restoration is planned to ramp up next year.

Much preservation work has been able to progress due to a new supporter from the people involved with 35025 before SLL becoming custodians buying shares in SLL, with this money being spent on “Brocklebank Line”.  Sleepers, paint and tools have been purchased to protect many components stored at Sellindge, along with removing and storing many parts and putting them safely undercover in shipping containers. The team have been busy making a list of all the parts currently stored for 35025, so far there appears to be a good amount.

There was also enough money to hire in NDT (Non-Destructive Test) Specialists, with no serious issues detected. A boiler inspector is due to visit to examine the boiler, with a new front tubeplate already on the list of new parts needed following decades of water damage.

Work has also begun on clearing and laying track at a new spot at Sellindge for “Brocklebank Line”. The new site will allow for easy loading of the engine if moved away from the site in the future. 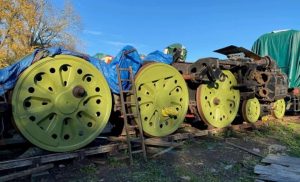 The current plan shall see 80104 stand-in for 34072 while the Bulleid receives a replacement bogie, with the Standard 4’s current boiler ticket expiring May 2021. With work, such as firebox repairs, to return the engine to steam already set to be a six-figure sum, the overhaul of the engine will not start until more funds can be raised, a task made easier when more locomotives are in traffic.

Unfortunately, work has only progressed slowly on “Norman” at the contractors in Bolton due to COVID-19, setting the engine’s return to steam date back. It is now hoped “Norman” will be ready for traffic in 2022.