500 metres of track have been replaced 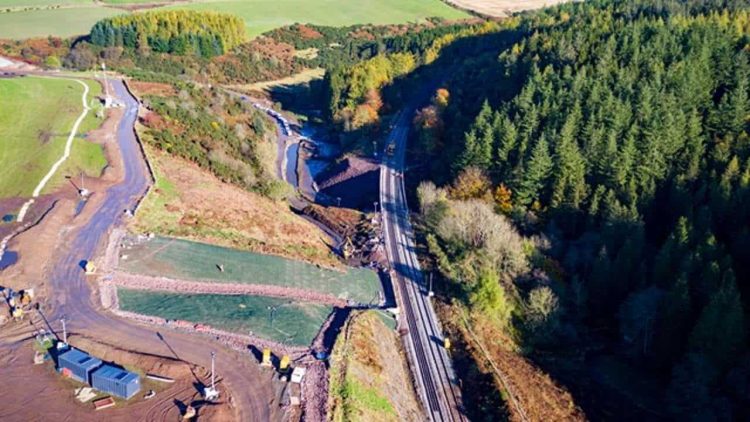 Tomorrow, Tuesday, November the 3rd, will see the railway line reopen between Aberdeen and Dundee after repair works following the tragic derailment near Stonehaven back in August.

On August the 12, the 06:38 ScotRail Aberdeen to Glasgow train service hit a landslip near Stonehaven, the train derailed with the tragic consequences. Driver Brett McCullough, conductor Donald Dinnie and passenger Christopher Stuchbury all sadly lost their lives in the incident.

Extensive damage was caused to the embankments, track and bridge at the incident at Carmont near Stonehaven.

Network Rail has been working since the derailment to restore services. Firstly to support the accident investigation work and then to recover the train and begin the task of repairing the railway.

Five hundred metres of damaged track has been replaced along with 70 metres of bridge parapets and 400 metres of cables.

A shuttle service has been in operation between Aberdeen and Stonehaven and between Montrose and Edinburgh.

The RAIB will release a report into the derailment in due course, and released their initial findings back in August

Alex Hynes, managing director of Scotland’s Railway, said: “We continue to work closely with accident investigators as we seek to learn the lessons of this tragedy and make our railway as safe as possible for our people and our passengers.

“Our thoughts continue to be with the families and friends of Brett, Donald and Christopher and with the other passengers and colleagues who were affected by the accident.

“Our engineers have been working around-the-clock to repair and reopen the railway and we thank all our customers and lineside neighbours for the understanding they have shown during this difficult and distressing event.”