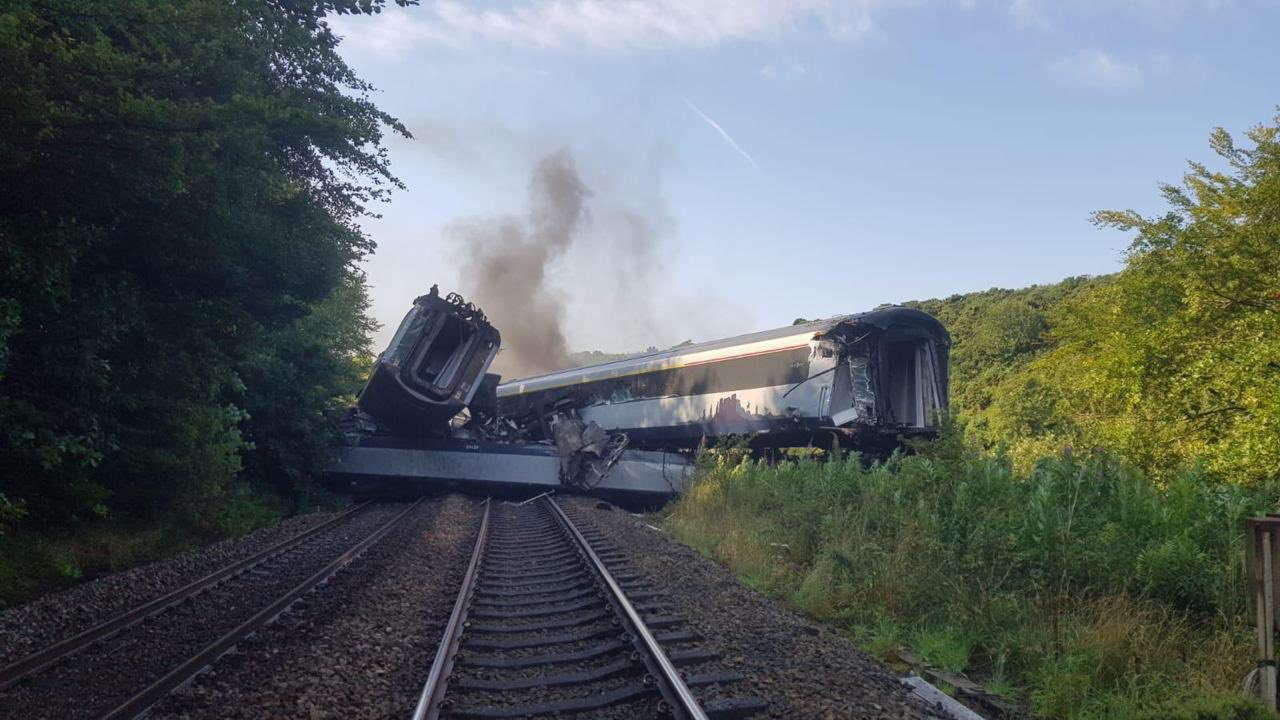 A train driver and conductor are amongst the three dead after a ScotRail HST crashed near Stonehaven in Aberdeenshire.

BTP officers were called to the scene at 09:43 this morning following reports of a derailment.

Sadly, despite best efforts from the Ambulance service, it has been confirmed that three people have died at the scene.

The driver of the train is sadly believed to have died. His family have been informed and are being supported by family liaison officers.

Officers are working to inform the families of the other two people who sadly died.

Six people have been taken to hospital to be treated for injuries, which are not believed to be serious.

RMT has now confirmed that one of their members, a conductor, has also died in the accident.

RAIB investigators have been sent to find out just what happened to 1T08.

Footage from the crash can be seen below:

Chief Superintendent Eddie Wylie said: “This is a tragic incident and first and foremost our thoughts are with the families and friends of those who have very sadly died this morning.

“We remain on scene alongside our emergency service colleagues, and a major incident operation has been underway. I would like to reassure the public that this was not a busy service, and from CCTV enquiries and witness statements we believe all passengers have been accounted for. However, once the area has been made safe then a full and thorough search will be conducted, which is likely to take some time.

“I know many people will understandably have questions, and we will be working closely alongside the Rail Accident Investigation Branch and the Office of Rail and Road to establish the full circumstances of how the train came to derail.”

Commenting on the incident, Paul Plummer, Chief Executive of the Rail Delivery Group which represents the rail industry said: “We are saddened to learn about the incident in Aberdeenshire today and our thoughts are with those affected. While an investigation will follow, our current focus is to provide every support we can in the immediate response.!”

RMT’s Senior Assistant General Secretary Mick Lynch said “The confirmation that there have been three fatalities in the Stonehaven derailment, including the driver and one of our conductor members, is the most dreadful news and this trade union’s thoughts are with the families, colleagues and friends of those who have lost their lives in this tragedy.

“RMT will unite to provide support, assistance and solidarity at this distressing time. Safety on the railway has to be an absolute priority and this union will be working with the various agencies to establish the facts behind this disaster which has sent shock waves right throughout our industry. ”

You can see how the incident unfoldable by viewing our live blog from earlier in the day by clicking here.