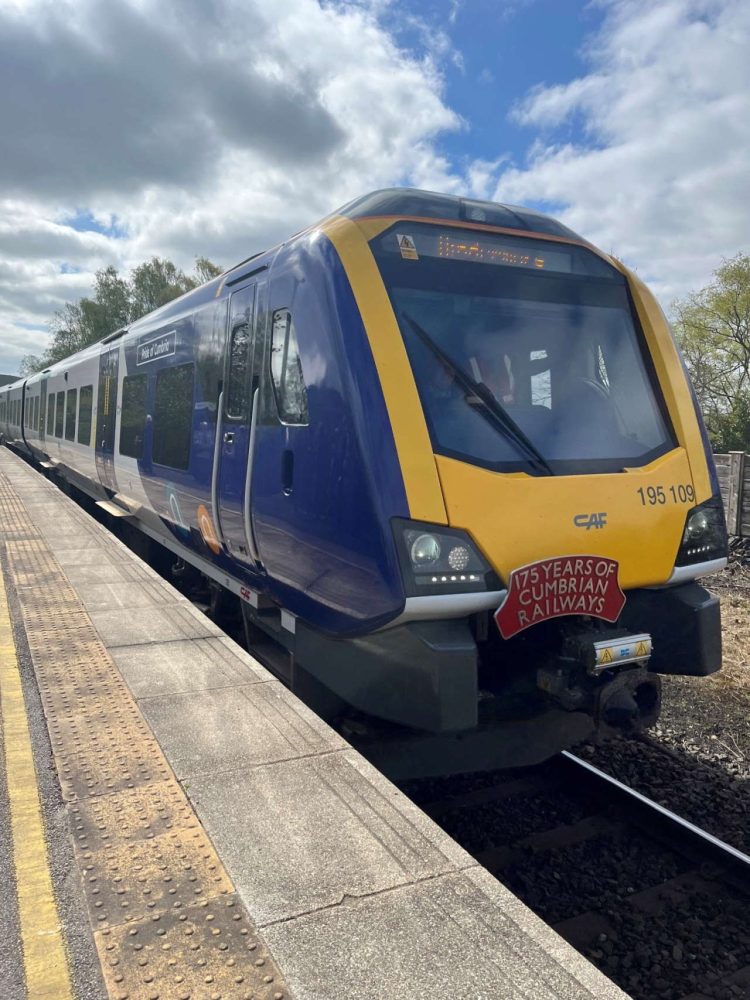 On Wednesday, 27th April a special event was held at Windermere station to mark 175 years since the Furness and Lakes Line Railway was opened.

The Furness Railway and Lakes Line opened in 1846 and extended through Burneside and Staveley to Windermere in 1847.

With the arrival of the railway, the way in which goods and passengers were transported in the county was transformed.

Northern trains and the railway community celebrated the event, and one of Northern’s Class 195 trains named Pride of Cumbria proudly displayed its nameplate on the occasion. Other events took place at Oxenholme, Burnside, and Staveley.

The train was renamed Pride of Cumbria at a ceremony at Barrow-in-Furness station last year.

“A huge thank you to everyone who’s been involved in making today happen, including Community Rail Cumbria and the 175 Committees, who are our fantastic volunteers.”

“The commemorations, and community events would not have been possible but for the fantastic contributions from our volunteers, aided by the robust support from community stakeholders and the rail industry.

“Northern is proud to be a part of such rich heritage and community and as we look back on 175 years of progress, we also look forward to delivering further improvements in the area to continue to make a positive impact for the North.”

“I have been delighted to welcome guests to the finale event of our 175-anniversary celebrations at Windermere station.

“The past two years have seen a tremendous number of hours and effort put in by an amazing array of station volunteers, community organisations, and rail industry colleagues. Their passion, enthusiasm, and collaboration has brought about a wonderful year of celebrations for both the Lakes line and Furness Railway.

“I look forward to building on the successful joint working with the Furness 175 Committee and, despite the extraordinary challenges of covid, I am proud that we have been able to revive our railway history, reconnect communities and inspire rail travellers to return to the railway.” A week of industrial action by RMT between the 21st and 26th of June has led to Northern...