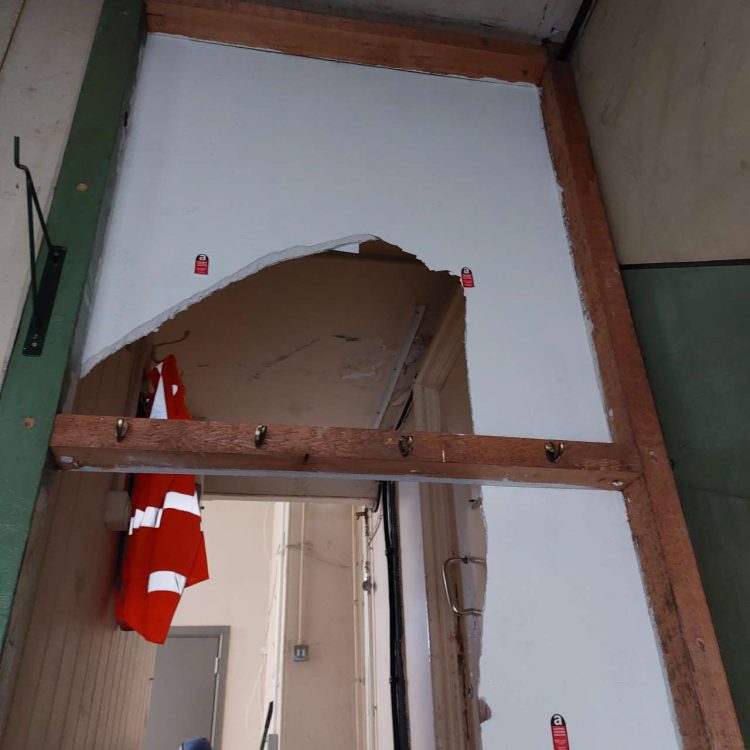 Vandals who broke into the railway station at Workington in Cumbria on Wednesday, 16th February, may have exposed themselves to asbestos fibres.

Thieves broke into the station at around 2.30 am on Wednesday, 16 February, by knocking through a ceiling and adjacent wall on platform one to access the booking office. The asbestos had been recorded and was sealed safely in the wall before it was damaged.

The area has now been cordoned off and there is no danger to Northern Trains’ employees or customers. Public Health England advises that anyone who comes into contact with asbestos fibres should seek medical advice.

Exposure to asbestos may cause mesothelioma, which is a type of cancer that develops from the thin layer of tissue that covers many of the body’s internal organs. The most common area affected is the lining of the lungs and chest wall. Signs and symptoms of mesothelioma, which typically come on slowly, may include shortness of breath due to fluid around the lung, a swollen abdomen, chest wall pain, cough, feeling tired, and weight loss.

Chris Jackson, regional director at Northern said: “Significant damage has been made to the ticket office at Workington train station after a break-in. It is currently closed while a clean-up operation is underway.

“It is not yet known what has been taken but we are working to establish this.”

“If you have any information that could help catch those responsible, please contact the police.”

NYMR reveals an array of experiences for 2022 including photography workshops

There and Back Light Railway to reopen Melton Mowbray miniature railway The man's life-saving actions saw him come to the aid of a customer at Southport station who had...