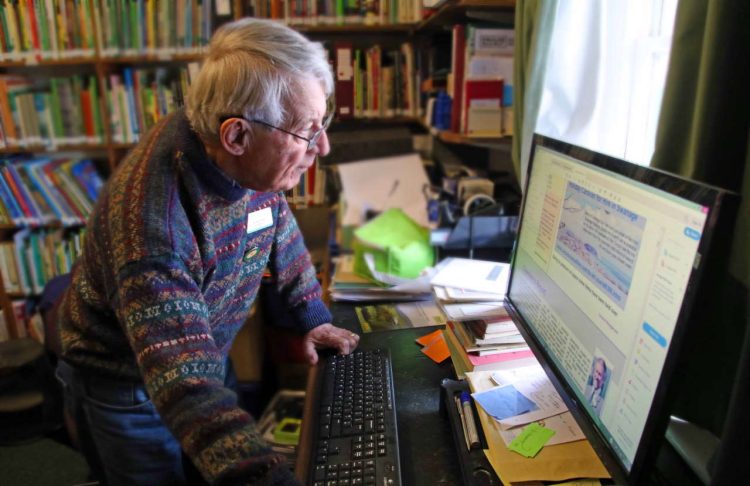 Volunteers at the Swanage Railway’s museum at Corfe Castle station are celebrating after winning grants to improve the museum’s experience for visitors.

The National Lottery Heritage Fund has awarded the museum a grant of £23,700.

Some of this will allow the museum to create audio pods, which will enable visitors to experience the sounds from a typical 1950s branch line station, and listen to recordings of memories from Swanage branch line staff and passengers during the 1950s and 1960s.

The money will also help to improve ‘front of house’ facilities at the museum, so that visitors can talk to staff about the railway’s history and access the archives.

A second grant came from the South West Museum Development Programme. This was for £4,000, which will pay for professional management advice and mentoring of the museum’s volunteer staff.

The museum opened in 2000. It is operated by the Swanage Railway Trust, largely funded by public donations and is a registered charity.

Housed in the goods shed at Corfe Castle’s restored Victorian station, the museum tells the fascinating story of the Swanage branch line from the 1880s.

Before the coronavirus pandemic struck, the museum attracted 48,000 visitors a year and was ranked twelfth in a Visit England tourist body survey during 2019.

A delighted Swanage Railway Trust chairman Gavin Johns said: “Thanks to players in the National Lottery, this much appreciated investment will allow our museum to begin a transformation to an even more inclusive and interactive space in which visitors, of all ages, can learn about the social and economic effects on the Isle of Purbeck of the Victorian Swanage branch line.

“I would like to thank everyone who has played a part in the success of this grant application which has been a huge and detailed collective effort – one in which we can all take great pride,” added Mr Johns who is also a volunteer signalman on the popular Dorset heritage railway.

The railway to Swanage originally opened in May 1885, diverging from the main line at Worgret Junction, south of Wareham, then running through Corfe Castle to Swanage.

A Brief History of the Swanage Railway

British Rail closed the line in January 1972 and lifted the track later that year.

Second-hand track was slowly laid by hand at Swanage station until 1979 when the first trains ran over a few hundred yards of track, followed at Easter, 1980 by the first steam trains to run there since the summer of 1967.

In 1984 passenger trains extended to the one-mile mark at Herston on the outskirts of Swanage, to the one and a half-mile mark in 1987, the three miles from Swanage to Harman’s Cross in 1989, and in 1995 a further two and a half miles to Corfe Castle and Norden.

The railway was connected to the national railway system in 2006, then in April and May 2009 diesel and steam trains ran through from London to Corfe Castle and Swanage, the first such trains since 1972 and 1967, respectively.

Inverness railway bridge set to be replaced later this month

The heritage railway has a fantastic selection of family summer events including a brand new children's adventure day alongside...