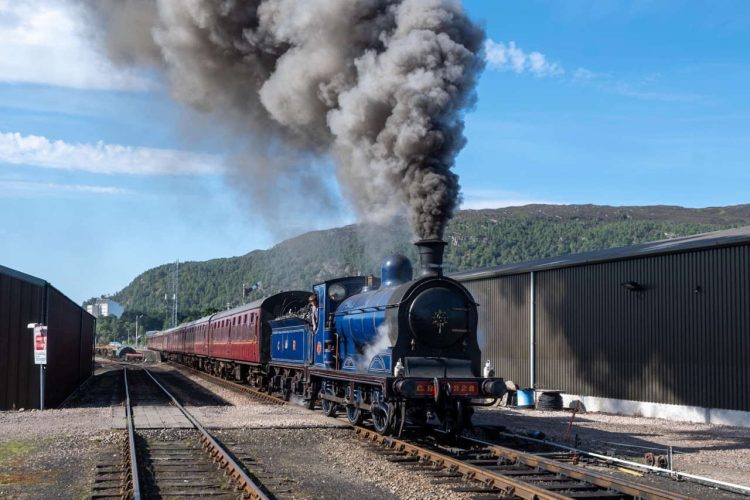 The Spa Valley Railway, based in Royal Tunbridge Wells in Kent, has announced that it will be welcoming Caledonian Railway 0-6-0 No. 828 in 2022.

The 1899 built locomotive will be moving from its home of the Strathspey Railway in late March and will be staying in Royal Tunbridge Wells until October.

828 joins 2890 Douglas to haul trains up and down the High Weald whilst SR Bulleid Pacific No. 34053 Sir Keith Park is out of action for a boiler swap.

Appearing in CR Blue livery, 828 will haul trains during the Spa Valley Railway’s Spring Steam Up on the 2nd and 3rd April 2022.

Other events that 828 will appear at is the Summer Steam Up on the 18th and 19th June and the 25th Anniversary Gala from the 26th until 29th August and finally in October at the Real Ale and Cider Festival.

In between events, 828 will operate trains on other scheduled days.

Designed by John F McIntosh, 828 is now the sole surviving CR 812 Class, which was first introduced in 1899. 828 visits the Spa Valley Railway thanks to the Caledonian Railway 828 Trust and the Strathspey Railway.

You can now book tickets for the Spring Steam Up via the Spa Valley Railway website.