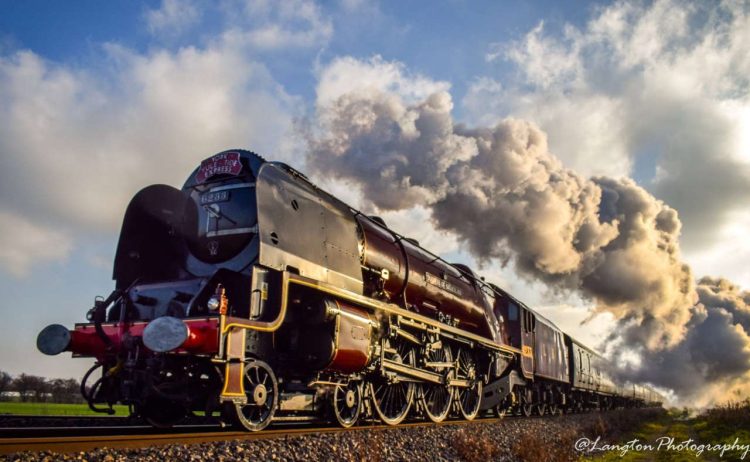 The Railway Touring Company has released details of locomotive changes for their upcoming tours after Tornado was withdrawn from service.

Yesterday, it was confirmed that Tornado had been withdrawn from mainline service after suffering from wheel flats on its tender.

Tornado is now off to the Great Central Railway for ETCS equipment fitting, the locomotive is now not able to operate on the mainline.

While Steam Dreams and other operators are still confirming replacement locomotives, Railway Touring Company has released a list of replacements.

The York Yuletide Express on the 27th November will now be hauled by 6233 Duchess of Sutherland.

On the 2nd December, 6233 Duchess of Sutherland will also replace Tornado on The Worcester Xmas Fayre, with steam off at Humberstone Road, Leicester, rather than Peterborough.

Black 5 44871 will replace Tornado on The Bath and Bristol Xmas Express on the 7th December.

Black 5 44871 will still haul the outward leg of The Christmas White Rose on the 16th December, but 6233 Duchess of Sutherland will replace Tornado on the return leg.

Finally, the Christmas White Rose will be hauled by 6233 Duchess of Sutherland on the 18th December for the outward leg, the return will be diesel hauled.

Our mainline steam page has already been updated with all these changed. Timings will be added in due course. The A1 Steam Locomotive Trust has announced that the overhaul of A1 No. 60163 Tornado is running behind...