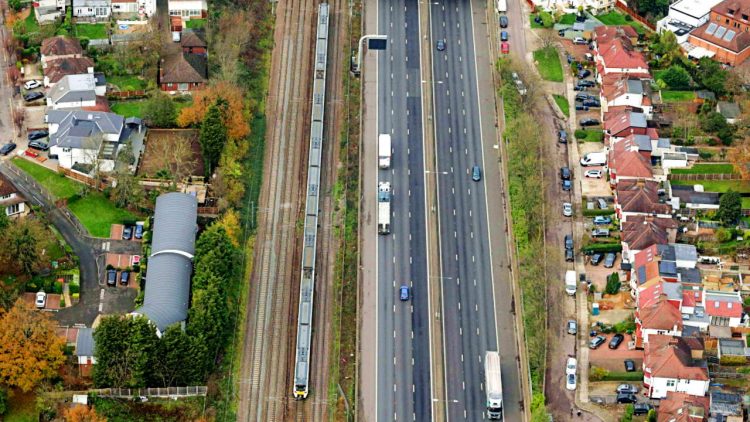 According to a national survey carried out by Network Rail, two-thirds of the British public recognise the railway as a greener mode of transport.

Although most think that the railway is greener, 73% of those surveyed still use cars as their primary mode of transport.

The survey was carried out as part of the rail industry’s ‘We Mean Green’ campaign, which encourages travellers to make greener travel choices, and carried out online by the consultancy company Yonder from 15 to 17 October 2021.

Two thousand people across the country were surveyed ahead of the UN Climate Change Conference (CoP26) in Glasgow and asked a range of questions about their travel habits. The figures were then weighted to represent all UK adults (aged 18+).

Although the survey found that using the train for leisure travel is on the rise, it found that despite volatile fuel prices and rail’s significantly lower carbon emissions, people still need further convincing to travel by train rather than the car.

The rise in leisure travel re-affirms the major impact that Covid-19 has had on shifting passenger travel patterns. Although many are still working from home, incentives such as flexible season tickets are helping to attract more people back to rail. Passenger numbers increased by 19% in just the last two months, and are now at around 65% of pre-Covid-19 levels.

Tim Shoveller, managing director for Network Rail’s North West & Central region, said: “Rail is the greenest form of public transport there is. We want to encourage as many people as possible to make the shift from car to train more regularly, particularly for long-distance travel – not just for the planet, but for reliability, comfort and safety.”