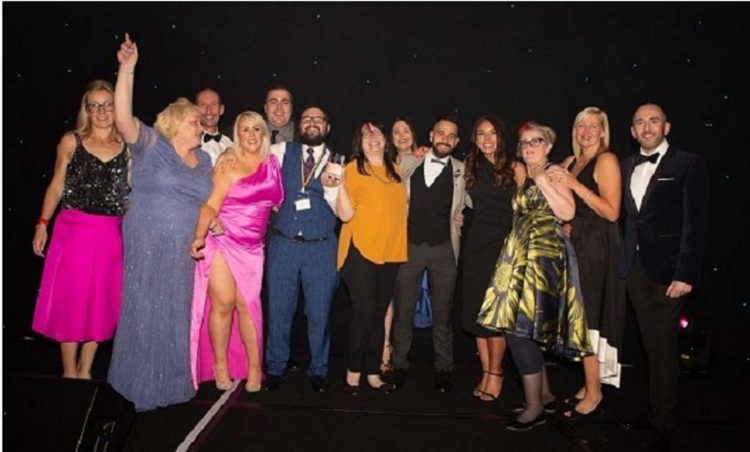 ScotRail has been recognised for its inclusion and diversity record at the RBS Proud Scotland Awards 2021.

The Proud Scotland Awards honour and encourage all who stand up for diversity, equality, and inclusion. Over the last two years, many organisations and special people in Scotland who support the LGBTQI+ community have been recognised.

At a sparkling ceremony at the Sheraton Grand Hotel in Edinburgh, the train operator was awarded the “Large Business – Over 500 Employees” award, which recognises any employer who has led the way in creating a culture conducive to happiness and security within the workplace.

In the summer, ScotRail unveiled its Pride of ScotRail train. That is a Class 334 electric train that features an eye-catching Progress flag instead of the traditional rainbow design.

The train operates across Scotland on ScotRail’s busiest routes, serving destinations from Helensburgh, Motherwell, and Milngavie, to Bathgate, Livingston and Edinburgh.

In July, ScotRail Social Media Officer Steven McCarley went viral with his response to a tweet that had criticised the Pride of ScotRail train. It gained almost 17,000 likes and over 3,500 retweets, and Steven was interviewed for the UK’s biggest-selling gay magazine, Attitude.

ScotRail has a dedicated Equality, Diversity & Inclusion Manager as well as an employee network for LGBTQI+ people and allies. It’s called Pride of ScotRail, from which the train takes its name.

Karen Wallace, ScotRail Equality, Diversity & Inclusion Manager, said: “This is a tremendous honour and a real recognition of the work being done at ScotRail to make the business as welcoming and inclusive as possible.

“Our Pride Train is a very visual example of our commitment to diversity and equality, but there’s a lot going on behind the scenes too.

“ScotRail is for everyone and we won’t tolerate bigotry or discrimination.”