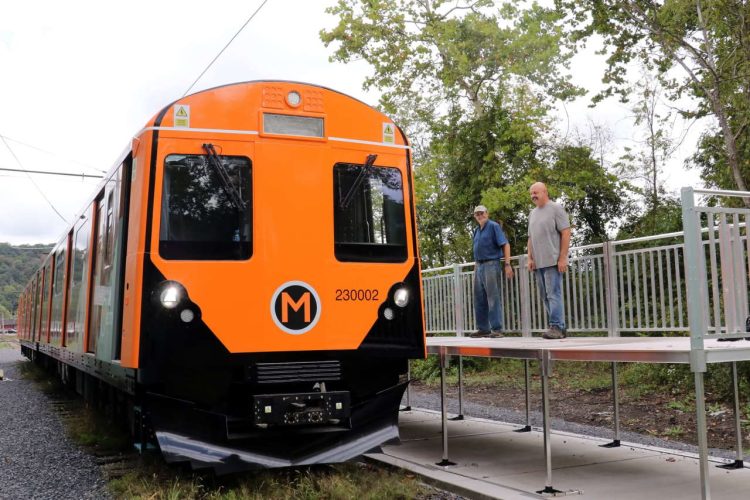 The operators of the Rockhill Trolley Museum in Rockhill Furnace, Pennsylvania, Railways to Yesterday Inc, have announced that they have been testing battery-powered Class 230 trains that have been developed by VivaRail.

The museum has been hosting the Ex-London Underground trains since April 2021.

The Pop Up Metro System is a battery-powered Class 230 that has been developed by VivaRail and Railroad Development Coporation.

Since arriving at Rockhill Furnace earlier this year, testing has been underway, becoming the US’ first 100% battery powered trains.

As the name suggests, these new Pop Up Metro trains will be leased out and will be in service on lines that have been underutilized to provide pop-up routes and new travel options across America.

Using the Class 230s will mean that a potential operator can bring these into service fairly quickly as they use existing infrastructure.

For our readers in the UK, the Class 230s are in operation on the Marston Vale Line between Bletchley and Bedford with London Northwestern Railway (230003 – 230005), and Transport for Wales will be beginning Class 230 operations in 2022 on the Borderlands Line, operating between Wrexham and Bidston (230006 – 230010).

What do you think of these? Let us know in the comments below.

Broadstairs attempted robbery at knifepoint – can you help?