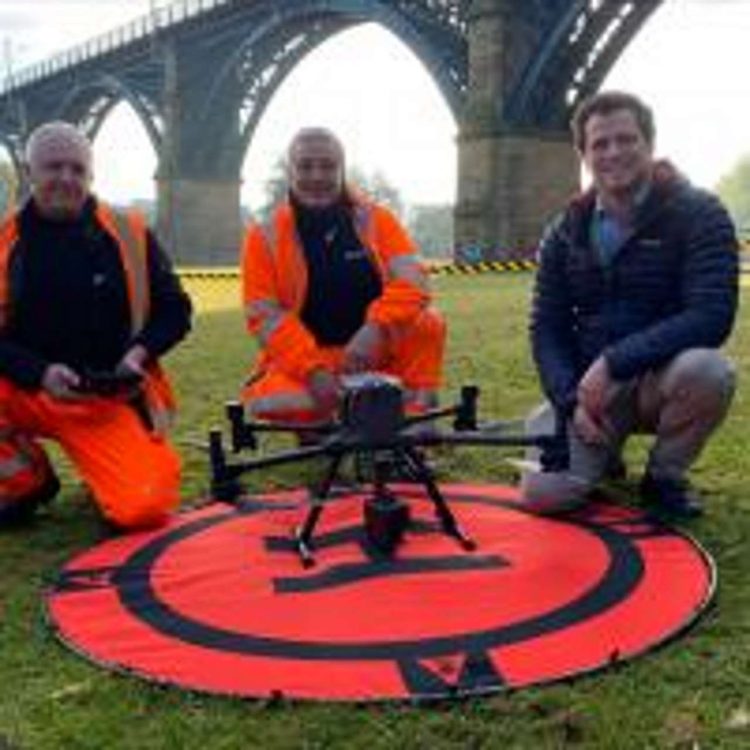 Survey work at Tyne and Wear Metro has gone up a gear! The network of 77 kilometres of infrastructure owned and maintained by Nexus is now being inspected by drone technology to keep it in excellent condition.

Using drones to inspect the miles of track, embankments, tunnels along with bridges and level crossings is a first for their maintenance team.

Nexus has long been looking for ways of inspecting the network, which is quicker, safer and cheaper. The use of the new drones has made these dreams a reality and with more certainty than the human eye, too. An operator will use special software to assess the live video-feed supplied by the drone and identify any network issues.

Before the use of the drones, a crew would need to actually walk the line to conduct the survey. Some staff would survey the track, whilst others would act at ‘lookouts’ to ensure the safety of the team.

Sometimes an entire section of line would have to be closed, which has a negative knock on effect to the surrounding rail network.

Drones allow the service to be provided at the same level as previously carried out by physical inspection, yet at the same time at a reduced cost, time and risks. Drones are sent up to carry out the topographical surveys using 3D Cloud Point technology, which then produces high-resolution imagery for Nexus staff to study and assess what action is needed on the network. The route of the drone is prearranged before it takes to the air; once in the air, the drone follows this flight path, with the operators adjusting the speed as required.

This new drone technology which supplies quick imagery is allowing Nexus to start maintenance sooner that is required and also plan for the future by recording areas which need attention or development.

Head of Maintenance Delivery at Nexus, Steven Shiel, said: “Drone technology is really transforming how we look we look after maintenance on Tyne and Wear Metro system.”

“They allow us to keep tabs on all parts of our infrastructure, from tracks and overhead lines to bridges and embankments, in more a much more effective way.”

“By sending the drone up we can inspect and survey vast stretches of the infrastructure very quickly. The advanced camera which is mounted on the drone give us more detail than we have ever had before. It allows us to pinpoint issues and plan work more effectively.”

“It also allows us to be less reliant on our works teams having to walk large sections of the track to in order to carry out maintenance inspections. This delivers a huge boost both in terms of safety and reliability of the Metro network.”