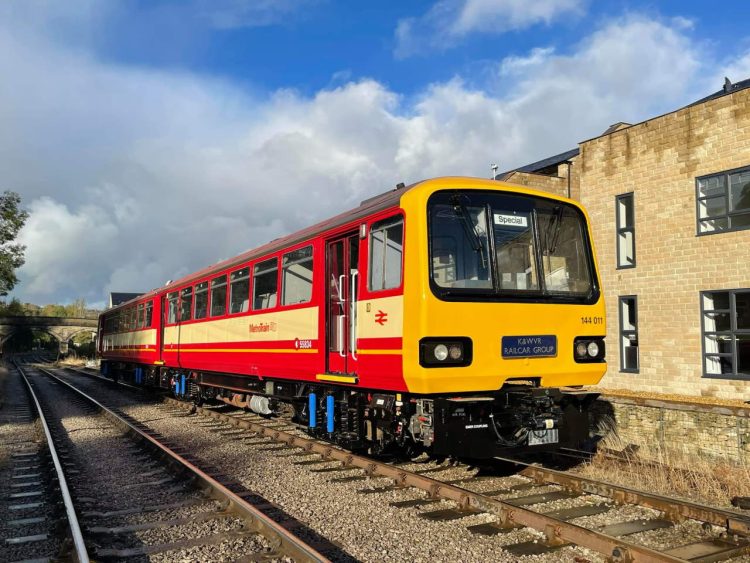 144011 has undergone a lot of sanding, filling and painting before being out-shopped at Haworth MPD in the Metro Trains livery.

The Class 144 is one of a number of 142/143/144 Pacer trains that have found a way into preservation after being in service with Northern.

The Metro Train Livery was only ever applied to Class 144s in the West Yorkshire region (after Class 141s gained the WYPTE Metro Train Livery – though this had a much wider strip of cream), so is fitting that 144011 has been out-shopped in this livery

No official launch date for the Pacer has been confirmed yet, but the KWVR Railcar Group Facebook Page says one will be announced in due course.

What do you think of this new look for 144011? Let us know in the comments below.