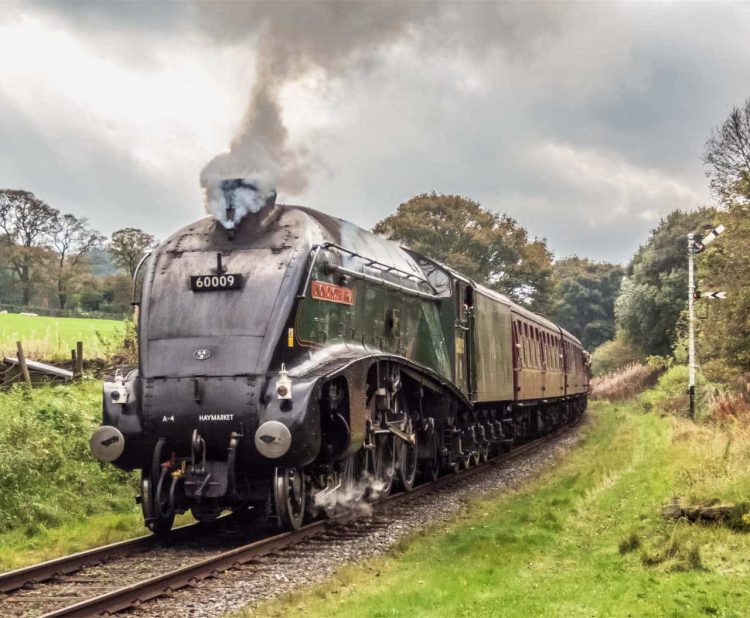 The East Lancashire Railway has announced that LNER A4 No. 60009 Union of South Africa has been withdrawn from service.

Whilst it was known that 60009 Union of South Africa would be withdrawn from service on January 1st 2022, it had been hoped that the locomotive would be able to appear at this month’s Autumn Steam Gala and also to appear at a farewell event at the East Lancashire Railway at end of the year.

The reason that the locomotive has been withdrawn from service is due to a fault with the locomotive’s boiler tubes. Due to the location of the tubes and the small amount of time left on the boiler certificate, the fix has been deemed not viable.

It is intended that 60009 will be on static display at Bury Bolton Street during the Autumn Steam Gala, which is set to take place between the 15th and 17th October 2021. The ELR has said this will be the last time to photograph the locomotive before it heads elsewhere for retirement.

A spokesperson for the East Lancashire Railway said “Unfortunately, A4 60009 ‘Union of South Africa’ has formally been removed from service following the discovery of issues with boiler tubes. Given the location of the tubes and the fact the locomotive has only a short length of time left on its current boiler certificate, a repair of the locomotive is not deemed viable”

Let us know your memories of 60009 Union of South Africa in the comments below, or share your photos on LocoStop.