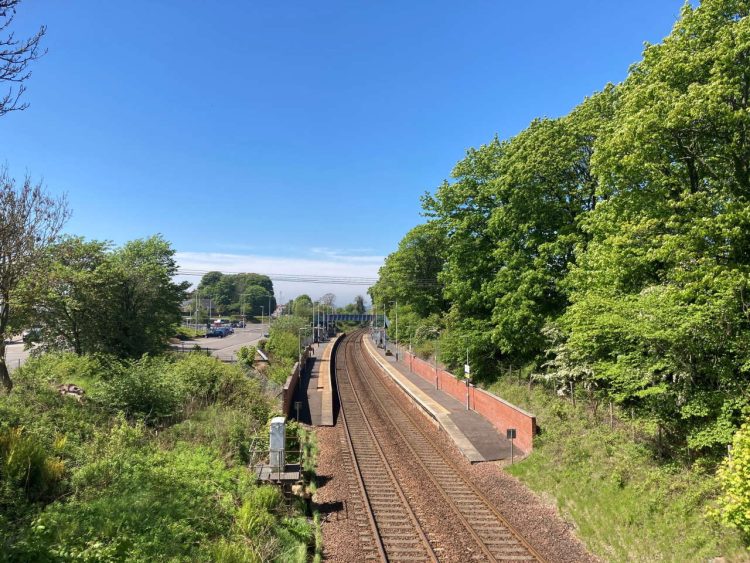 The work, which takes place from the 27th September until December, will bring improved safety by reducing leaf fall onto the line which means that braking conditions will be improved for trains that call at the station.

When leaves on the line break down they create a slippery surface which can make train wheels lose their grip making it difficult for them to stop quickly, the knock-on effect is that trains may overshoot signals or platforms and can impact signalling systems by making it hard to locate train positions on the network.

The tree and vegetation management project will mean native shrubs and trees will be planted and maintained for a period of five years to promote regrowth of woodland which will bring improvements to the biodiversity in the area and will also offset the effects of the work being undertaken.

Before the work, ecologists carried out surveys of breeding birds and other protected species, also identifying a number of trees, some of which are high leaf fall species that need to be kept safe to protect the biodiversity of the area. An example of the protected trees are those which support bat roosts or the potential to. Several bat and bird boxes have been put up to help the current wildlife.

Following the felling work Network Rail will commence replanting areas with native trees and shrubs. Tree species being replanted will not include large-leaved varieties which will mean a huge reduction for the impact of future leaf fall which will have positive effects on the safe operation of the railway in the area.

“We manage thousands of miles of trees and vegetation along the railway to try to ensure that everything which grows near the lineside is safe and does not cause delays to trains.

“We have already undertaken tree and vegetation management in this location on our land, but it has not been possible to stop leaf-fall problems from arising. We are now carrying out works outside our boundary on third party land to remove high leaf-fall species but will retaining as many trees as possible which are not in the high leaf fall category.

“Involving our ecologists in the project from the outset has helped us plan the work in a way that minimises the impact on the ecology and wildlife and helps us promote biodiversity and the sustainable management of the lineside environment.”