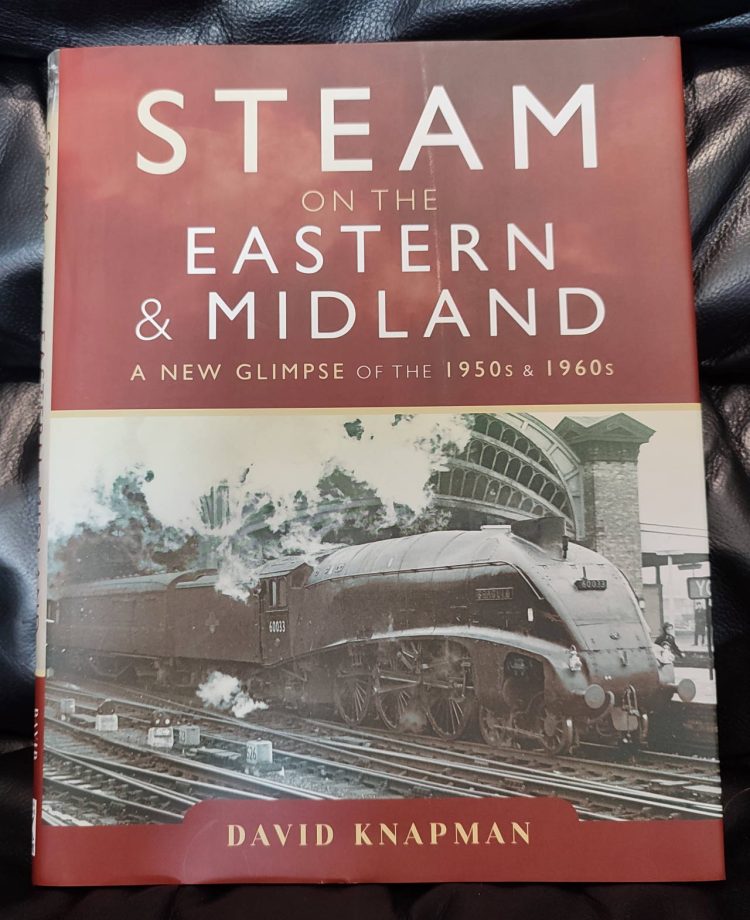 Steam on the Eastern & Midland DEALS

In this weeks book review, we take a look at Steam on the Eastern and Midland, a glimpse of the 1950s and 1960s by David Knapman.

Published by Pen and Sword the book is over 130 pages long and measures approximately 29x22cm.

The published price of this book is £25, though, at the time of writing, is available on Amazon for around £21.

The book is similar in style to a previous book we reviewed by David Knapman, Steam on the Southern and Western, which you can read about here.

Laid out in a pictures and captions format, the book looks at David’s personal record of the railway in the 1950s and 60s

Made up from a collection of black and white pictures, the book is split up into 24 chapters. The first 14 covers the Eastern Region and the other 10 cover the London Midland Region.

As always with these historical photos, you can’t help but get involved in the picture and the story that it tells. Having read the caption about the location and locomotive, you begin to look at the other parts of the picture, perhaps a station, and the platform, the signals, the station signs, track layout etc.

Overall, the book is a very interesting read and as always with these picture books, you can jump in at any point and find something of interest.

The book is available to purchase from Amazon as well as from Pen and Sword. If you purchase through Pen and Sword as a RailAdvent Plus member, you will receive 25% off. Click here for more details.

We would like to thank Pen and Sword for providing us with a copy of the book for review.

Steam on the Eastern & Midland

A fantastic pictorial book providing an insight into how life was in these areas during the 1950s and 60s.

Steam on the Eastern & Midland DEALS In this weeks book review, we take a look at George Woods' book on English Electric Diesel Locomotives...