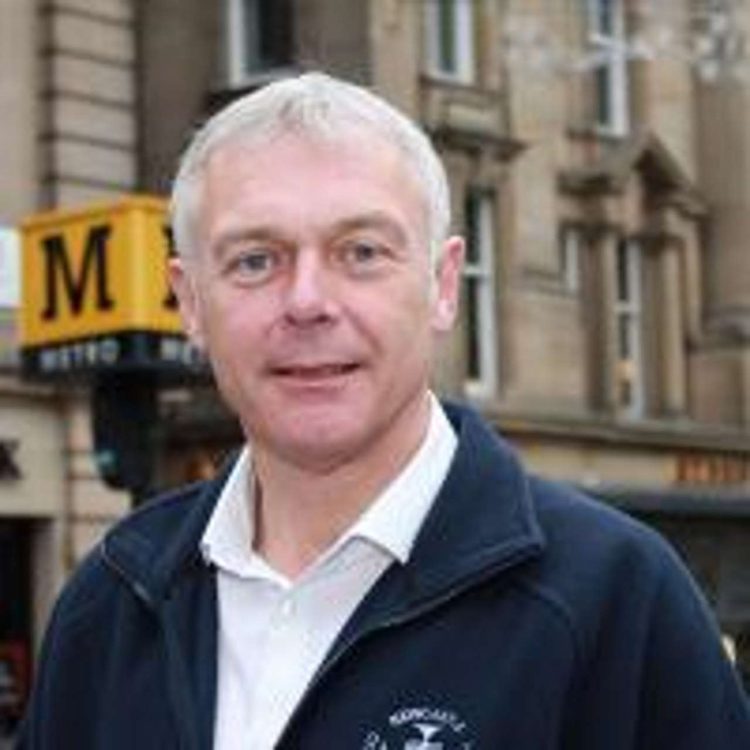 Nexus, the operators of the Tyne and Wear Metro, has confirmed that long-standing driver and chaplain, Michael Bushby, has retired.

Michael started out as a Metro driver in 1990, but his career and future had so much more in store for him as he qualified as a chaplain in 2008.

In 2013, Michael beat cancer and was able to return to work once again, where he dedicated himself to the giving of pastoral care to his colleagues blending his two roles to give emotional support to others during times of personal need.

A very popular part of the Metro team and also well-loved within his local community, Michael has also served within the Newcastle City Centre Chaplaincy.

In 2002, Michael was honoured to be the first to drive a Metro train on the Sunderland extension route when it opened. The massive £100 million project that connected the Metro network to Sunderland.

He also became a crew assessor for Metro, helping numerous drivers succeed in passing the training course and even had wonderful words of recommendation for those looking for a career with Metro on his retirement.

The Tyne and Wear Metro opened in 1980 and outside of London is the UK’s busiest light rail network carrying more than 1.5 billion passengers and with massive future investment underway to reshape passenger experience, it looks like Michael is continuing to give great advice.

Michael, of Felling in Gateshead, said: “I leave with a heavy heart because I’ve had a great career with Metro.

“I was diagnosed with an incurable form of cancer in 2013 but I was determined to beat it and get back to work. I managed to do that in just two years. I know my condition has to be managed so I feel now is the right time for me to retire.

“I’ve always been there for people through my role as a chaplain and have provided support to many colleagues during challenging times.

“I have offered personal help to drivers who have struggled with bereavement or other private matters. It’s been a privilege to reach out and support people in the city centre. I have served in various retail and business sites throughout the city offering welfare support and pastoral care.”

“I’ve enjoyed the journey with Metro. I have made some great friends and worked with some very special people. I’ve worn the badge with pride and have been proud to work for Metro. I would do it all over again and would recommend Metro as a career to anyone seeking a great future.

Head of Metro Operations Delivery, Kevin Storey, said: “We are all going to miss Michael and we wish him well for the future. He has given outstanding service to the Tyne and Wear Metro over the last three decades.

“As a Metro driver he has mentored many trainees over the years, and he managed all of that after beating to cancer and returning to work.

“Michael’s role as a chaplain has also been of huge support to us. He’s provided colleagues with pastoral care when they needed it, showing great warmth, compassion, and empathy. He’ll be a big miss.”

Virtual demonstration for Transport for Wales lab this September