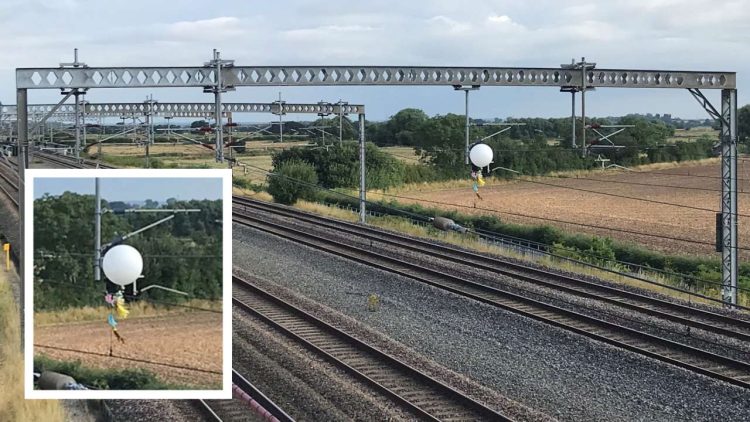 The incident occurred on the line near Tamworth and meant that six trains were delayed for 44 minutes.

The overhead cables carry 25,000 volts and the power had to be switched off so that the balloon could be safely removed.

Network Rail has issued a safety plea to members of the public asking them to keep them away from the railway.

In the last 10 years Network Rail has recorded over 600 similar incidents involving balloons.

James Dean, Network Rail’s West Coast South route director, said: “Whilst balloons are fun and bring a sense of celebration to any event, they can be dangerous and cause delays.”

“Our advice is not let them loose outside, especially if you’re near the railway. Leave them indoors away from high-voltage equipment so we can keep trains running on time.” Network Rail has completed the first stage of the new entrance at Bristol Temple Meads Station which will...