GWSR could take on Broadway to Honeybourne trackbed 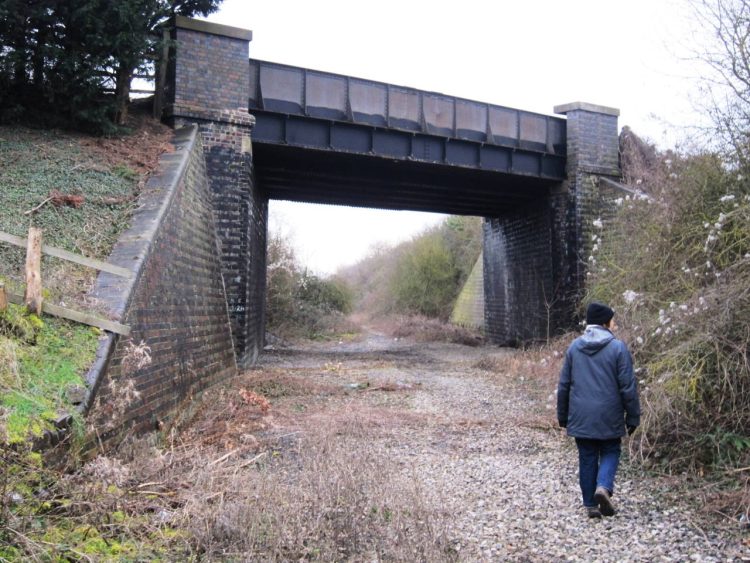 Following recent developments, the trackbed beyond Broadway on the Gloucestershire Warwickshire Railway to Honeybourne could be secured for future railway use.

Railway Paths Limited, who owns the trackbed, has now decided that the Broadway to Honeybourne trackbed does not fit their strategy and wants to dispose of it. RPL have approached the GWSR as a future user but a transfer like this needs approval by the DfT.

Currently, the heritage railway is not in a position to extend northwards, and is unlikely to do so in the foreseeable future – however, the GWSR is keen to make sure nothing is done to the trackbed that would compromise any reuse of the trackbed as a railway.

The GWSR purchased the 15-mile trackbed between Cheltenham Racecourse and Broadway in 1982, and restored the line to Broadway in 2018.

The 4.5 mile long section between Broadway and Honeybourne was transferred from the Department for Transport to Railway Paths Limited, who convert old railway lines into footpaths and cycle-ways. Railway Paths Limited is a subsidiary of Sustrans, who are funded by the DfT.

Between 2008 and 2011, Network Rail improved the line between Evesham and Hanborough via Honeybourne, including doubling the amount of track and re-building Honeybourne station. At the time, the GWSR was approached by Network Rail who offered to make a “passive provision” for a heritage line to reach Honeybourne and use one side of the island platform on the “Up” side of the station. The work carried out including re-aligning the junction for the branch line and replacing the bridge over the trackbed that would become the GWSR.

This news does come at a time of two other developments. Firstly, the Government is funding up to £50,000 into a study into fully reinstating the Stratford-upon-Avon to Honeybourne Line.

Secondly, the All-Party Parliamentary Group on Heritage Rail has completed a study into sustainable tourism and what viability heritage railways have on the public transport network. It pointed out that a number of railway lines already have connections to the mainline networks, whilst others, such as the GWSR, have a real prospect of having a mainline connection.

Baroness Vere, Minister for Roads, Buses and Places has confirmed that there is no intention to fill in or demolish bridges on the Broadway to Honeybourne route.

Explains Richard Johnson, Chairman of GWSR: “It appears that it is the policy of DfT that heritage railways cannot provide a sufficiently strong covenant to secure the continuing maintenance of road bridges that cross such redundant lines.  This is of concern, given the current controversy surrounding the Highways England strategy to infill or demolish a number of such structures on redundant railways across the UK.

“My understanding is that consideration will only be given to transferring ownership to a body such as a local authority which, by definition, has the necessary resources to maintain the bridges.  In such a case, an option would be that the line would be leased back to the heritage railway concerned.

“We have written to the DfT to confirm that this policy is indeed correct; whether it could be waived in this case and to seek confirmation that nothing will be done to the bridges or trackbed that could compromise potential re-use as a railway line.

“RPL has spent the minimum necessary to ensure the safety of the bridges over the line, which are mainly steel spans on brick abutments*.  They have deteriorated significantly over the years.  Some of them are supported by brick piers or steel props in the former trackbed and the bridges will need considerable sums spending to restore them.”

Steve Oates, CEO of the Heritage Railway Association (HRA), commented: “We have some really important proposals from the All-Party Group to help support and develop heritage rail.  The report recognises that a wide range of benefits are brought by heritage railways to tourism, employment, the local economy, skills training, wellbeing and mental health as well as transport benefits.”

He adds: “Along with the DfT we want now to identify more of those heritage railways where there is a prospect of an extension link to the main line network.”

Richard Johnson commented: “All of this augurs well for the future of rail transport in our region and I am particularly gratified by the support provided by our own local MPs and parliamentarians who are supportive of greater integration and co-operation between national and heritage rail.

“This also compellingly underlines the potential future benefit of reinstating the relatively short extension north from Broadway to Honeybourne.  Whether it is done by us or by Network Rail as part of the ongoing improvements of rail transport in the region remains to be seen.

“Importantly, these developments help to ensure that the trackbed between Broadway and Honeybourne is protected.”

Richard Johnson adds: “Our first responsibility is of course the security and viability of our current business – however, we also have a responsibility to ensure that we don’t compromise the original aspirations of our founders and see that the line north of Broadway is secured for potential future development.”