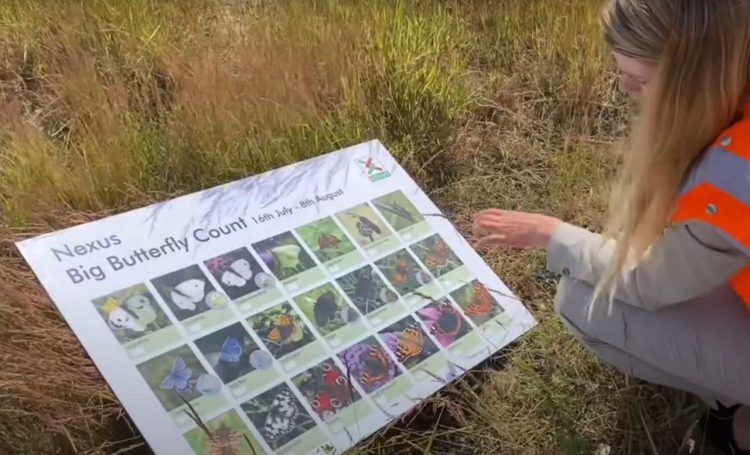 Along the Tyne and Wear Metro network, there is now a special conservation area that has been created in order to protect a rare species of butterfly.

At Howden Metro depot in North Tyneside, a one-acre habitat is now fully established as the former landfill site progressively became home to the Dingy Skipper, a species that has shown a serious decline in recent years.

Nexus, the public body which owns and manages Metro, got the green light to build the new depot, which opened last year and guaranteed that part of the site would be dedicated to butterfly conservation.

This new project is now on the shortlist for an environmental award given by the Chartered Insitute of Ecology and Environmental Management (CIEEM).

The new depot serves as a temporary maintenance facility for the current Metro train fleet until Nexus transitions to the new main depot at Gosforth over the next three years.

The nation’s Big Butterfly Count, which is the world’s largest butterfly survey is gaining contributions from Nexus’ consultants, Atkins, who are undertaking surveys of the entire site and counting individuals of the species.

40th anniversary of the Royal opening of the Tyne & Wear Metro.

The data collected is to be processed over three weeks and will be used to assess where conservation efforts should be targeted.

Nexus also acquired planning consent from North Tyneside Council in 2018 to construct a new satellite rail depot at Howdon and part of the conditions decided were to create a Dingy Skipper butterfly habitat on the site in order to reduce the environmental footprint from the creation of the depot.

Atkins provided advice to increase the amount of retained habitat and prepared an ecological mitigation strategy in 2019 which included the specification for creating a 1.2-acre area of the new Dingy Skipper habitat.

Nexus and Atkins are jointly nominated for the CIEEM award, and they will find out if they have won in October.

Metro Development Director, Neil Blagburn, said: “Protecting this rare species of butterfly was one of the conditions we needed to comply with when building our new temporary Metro depot at Howdon.

“Ecological surveys showed that an area of the site is home to the Dingy Skipper, which is native to the UK but is becoming increasingly rare.

“The last thing we wanted was the depot project to negatively impact on this important species, so a plan was drawn up to create a segregated butterfly conservation area within the site, well away from the main building and train movements.

“The habitat was constructed by our contractors after detailed ecological assessments and it has been a huge success. We are now signed up to the nation’s big butterfly count and will keep an eye on how many we see in the area.

“All of the work that went into this element of the project has been nominated for a prestigious environmental award, which is great recognition for the extraordinary length we have gone, to ensure our depot project provided a safe haven for the local wildlife.”