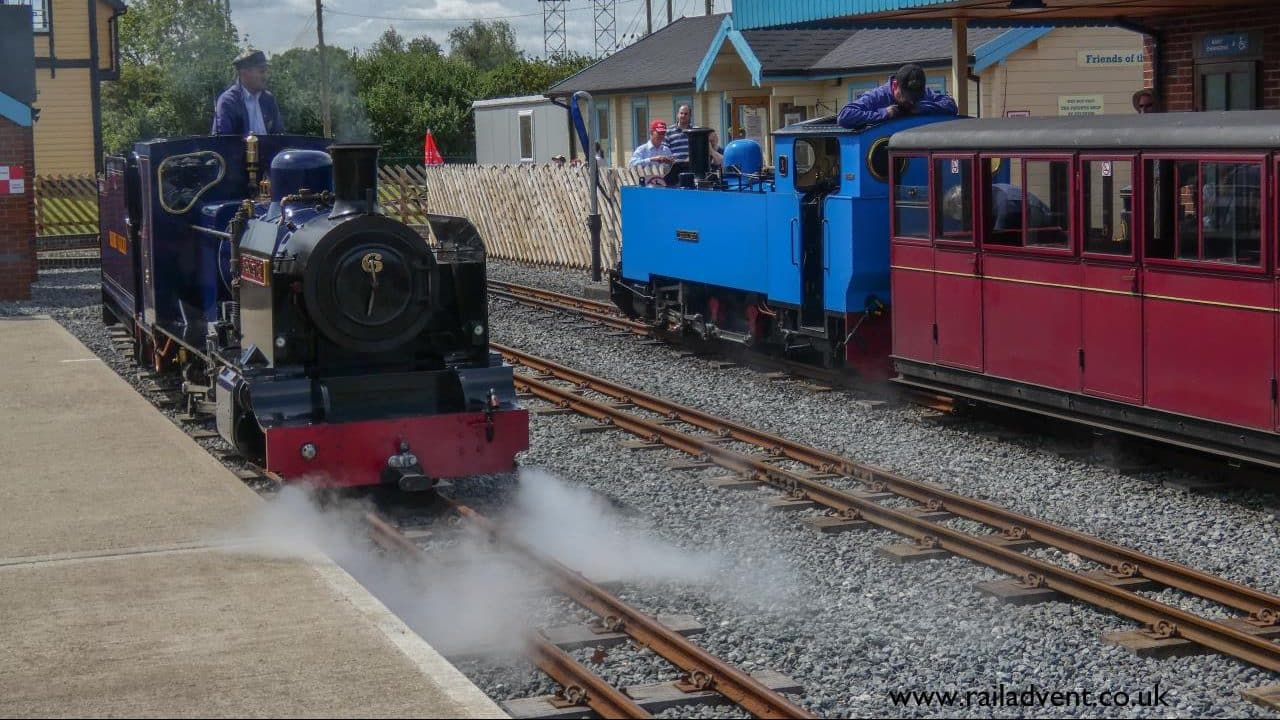 The Bure Valley Railway has launched an urgent appeal to help pay for new boilers for their steam locomotive fleet.

Like other heritage railways, the Bure Valley Railway has suffered a massive loss in revenue during 2020, amounting to £765,000.

Andrew Barnes, Managing Director of the Bure Valley Railway, told RailAdvent “The railway has suffered a loss of £765,000 in passenger revenue in the last year. Also despite high court and supreme court rulings in our favour, our insurers have yet to accept liability for our business interruption claim. To have two boilers fail against this backdrop was the perfect storm! We have never launched a public appeal before, but with encouragement from visitors and volunteers alike we launched our boiler appeal and are grateful for the support”

In January 2020, the railway, which runs from Aylsham to Wroxham, in Norfolk, ordered a new ZB locomotive boiler which was a spare to use for quicker overhauls of the steam locomotives.

However, fast forward to Autumn, and the railway found a number of problems with steam locomotive No. 7 Spitfire’s boiler when it was having its ten year overhaul.

The issues found were that the cap welds on the boiler stays in the inner firebox were showing signs of bad condition – the BVR attended to this issue with all the stay welds being ground and re-welded. This, along with replacing the washout and fusible plug bosses, mean that the railway was positive that the boiler would pass NDT testing.

Sadly, upon inspection, it showed hairline cracks from the bottom of two rows of stays; this meant that these stays had to be cut out, and replaced.

These issues meant that the railway decided to check on No. 6 Blickling Hall’s boiler and sadly, this highlighted that the boiler was in a worse condition and would need a new inner firebox wrapper and a full boiler re-tube.

With work being completed on No. 7 and the spare boiler being used on No. 6, the Bure Valley Railway took the decision to order another new boiler from NBR Engineering.

Focus at the BVR then turned to No. 7 and the two bottom rows of stays were cut and replaced, and an NDT test was completed, all looked good.

However, in January 2021, and the boiler inspector arrives to complete a Hydraulic Test. A loud bang and disaster had struck. One of the side stays had snapped and the test was abandoned.

The boiler inspector said that the requirements were to remove the inner wrapper and replace it along with all stays.

With this in mind, and the work already completed, the BVR increased its boiler order with NBR Engineering from one to two boilers, which was to be built in tandem.

Obviously, the last thing the BVR needed was to buy three new boilers.

Managing Director, Andrew Barnes, has said that the railway currently does not have the available locomotives to reopen when they are able to.

The boilers are more expensive than the grant funding available, so the boilers have been underwritten by two directors and the Friends of Bure Valley Railway.

If you would like to donate to this appeal, please visit the Bure Valley Railway Go Fund Me Page.