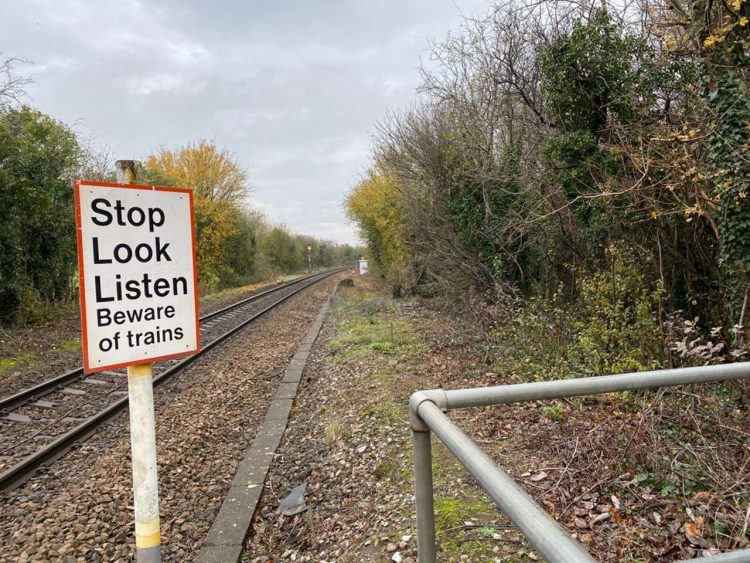 Video footage has been released by Network Rail and Chiltern Railway after a jogger was metres away from being hit by a train at a railway crossing.

Just after 8:30 am on Friday 6th November, the driver of a Chiltern Railways London to Oxford service reported the incident.

Network Rail has issued a plea to residents in Princes Risborough to safely use the crossing which sees up to 121 trains every day pass at high speeds.

This latest video comes after Network Rail released a video last month showing a cyclist almost getting hit by a train near Canterbury.

Rhys Evans, level crossing manager at Network Rail, said: “The difference of just a few seconds could have led to tragedy for this level crossing user. No matter how well you think you know a crossing, all users must stop, look and listen every single time they cross the railway. Additionally, you must always remove headphones when using a level crossing.

“It would be easy to believe that level crossings in more rural areas would be less dangerous, but all crossings must be approached with the same caution and users must avoid distractions and concentrate on crossing the railway safely.”

Ian Hyde, engineering and safety director at Chiltern Railways, said: “Trains run frequently on the Chiltern network and the safe use of level crossings is critical to protect pedestrians who need to cross the railway as well as customers onboard our trains. Near-misses leave drivers feeling very shaken and we would urge people to please respect the railway and when crossing, follow the instructions and remain vigilant at all times. This near miss, but for a few seconds, could have had far worse consequences.”