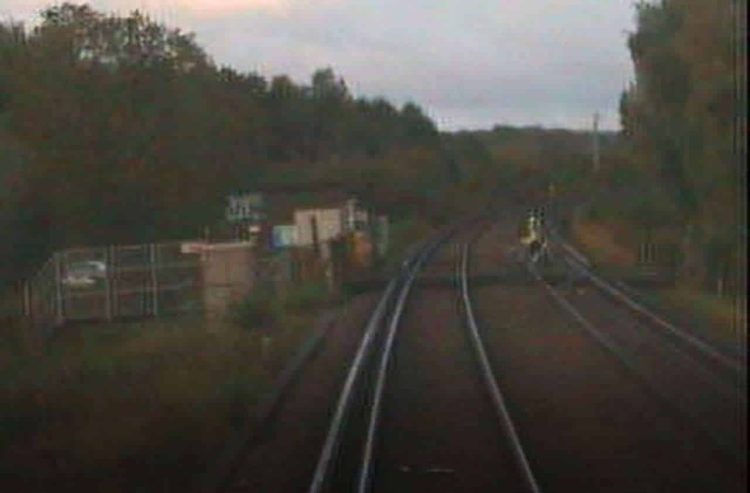 A warning to level-crossing users has been issued by Network Rail after a cyclist was almost hit by a High-Speed train near Canterbury.

The train, operated by Southeastern was travelling at around 80mph. The train was on a journey from Margate to London St Pancras when the bike went over the Dog Kennel foot crossing in Chartham.

The train driver sounded the horn and applied the emergency brake. The train came to a stop beyond the crossing which links Ashford Road in Chartham to the wetland open space on the other side of the railway line.

Back in August, footage showed similar incidents near Sevenoaks in Kent.

Last year there were 323 near-misses with non-vehicle users of level crossings with 2 fatalities.

Fiona Taylor, Network Rail’s Route Director for Kent, said: “This shocking incident near Canterbury is part of a small but concerning rise in such incidents in recent months and the impact had the train hit this cyclist could have been devastating to all involved. We all want to enjoy the outdoors, but I’d ask people to be vigilant when they are anywhere near the railway and always to Stop, Look and Listen before they cross.”

Jim Maxwell, Head of Drivers for Southeastern, added: “Our drivers don’t deserve the extra stress that these types of incidents cause.

“Reckless trespass incidents can have a profound effect on our drivers’ mental health and are further compounded if the driver has been unfortunate enough to have been previously involved in a fatality, with the potential to cause flashbacks.

“It often means that the drivers have to take time off whilst they recover, and are supported through their ordeal.

“I fully support our colleagues at Network Rail and the British Transport Police in trying to identify and pursue the culprits.”