New underframe for Blackpool tram to be completed by Ffestiniog Railway 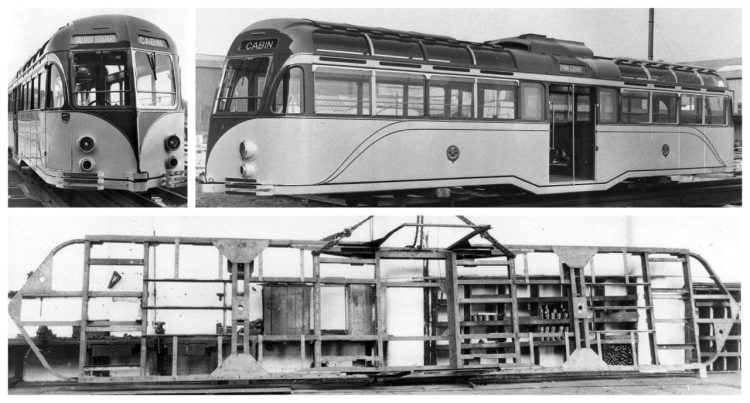 The Ffestiniog and Welsh Highland Railways have announced that it has been chosen as the preferred supplier for the new underframe for Blackpool Tram No. 298.

The National Tramway Musem and the Ffestiniog and Welsh Highland Railways are coming together in these times of social distancing to move on the project to bring Blackpool 298 to running order.

The tram was withdrawn from service in 1972 needing a full body overhaul, but with Blackpool moving towards One Man Operation, it was considered surplus to requirements. In 1976, it was sold to Keith Terry and the Blackpool Railcoach Fund for restoration and display at Crich.

Groundwork on the body had been undertaken by the team, and before the tram arrived at Crich in 2006, it was decided that a new underframe would be needed.

Despite the coronavirus pandemic trying to delay the project, tenders have been acquired from several suppliers to construct the underframe, but the Ffestiniog and Welsh Highland Railway has been selected as the preferred supplier.

Peter Whiteley, Project Leader at Crich, said: “One of the main reasons we chose The Ffestiniog and Welsh Highland Railway to help with this restoration is that the underframe has a lot of rivets in it, and specialist skills are required for both riveted and welded fabrications.

“In addition, the drawing and steel sections are imperial, and we needed a company which could convert the sections to metric, without loss of structural integrity, but still meet the requirements of fitting an imperial dimensioned wooden body frame to it.

“It also ‘felt right’ awarding the work to a fellow heritage operator in these difficult times with Covid-19”.

Paul Lewin, Director and General Manager at The Ffestiniog and Welsh Highland Railway, said: “We are delighted to work with the National Tramway Museum on this project and to be associated with another heritage organisation. During the current pandemic, it provides a great opportunity to keep our skilled team fully occupied in the coming months. It is always a pleasure to work with the highly committed team at Crich.”

The return of the tram to Crich is planned for early in 2021.