The locomotive will be restored back to working condition 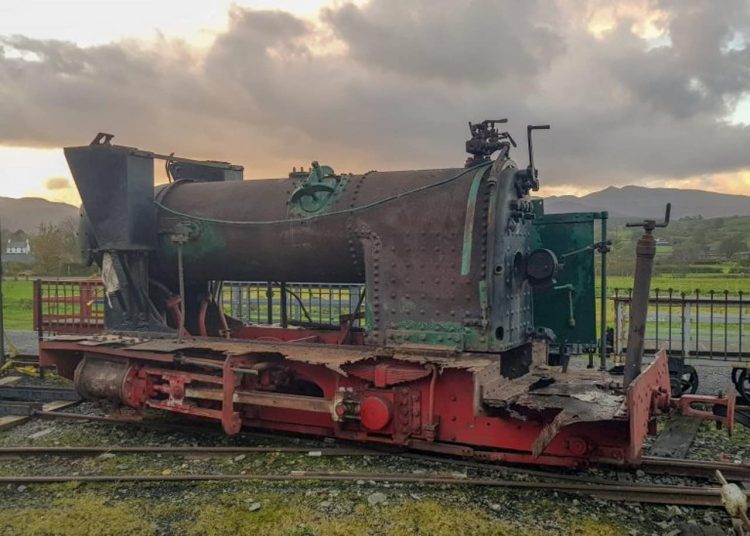 The Bala Lake Railway has announced that an Avonside steam locomotive has arrived at Llanuwchllyn after the long journey from Australia.

The locomotive took around 7 weeks to arrive from Australia, and Peter, who loaded up the locomotive had concerns about whether he had secured it well enough. However, with timber beams, chocks, chains, 12 rachet straps, the locomotive was well secured for the mammoth journey.

The Avonside locomotive has been stored for around 58 years, so the locomotive didn’t look pretty, but it is restorable, according to the new locomotive owner.

John Moorhouse, the owner of the locomotive, said: “We knew that a friend of Peter, our Australian resident son (and my agent) who is returning to the UK, had taken the opportunity of cheap transport for some of his personal kit, a kayak, beer barrel (sadly no contents), golf buggy and clubs. However, when we opened the container, and much to everyone’s amusement, we were surprised to be met by a very large kangaroo which had been carefully strapped in position. When released, it made a bid for freedom and it took considerable efforts to restrain! Also in evidence were Australian flags, numerous ‘I love Mackay’ stickers (Mackay being the home of Avonside 1909 for circa 98 years) as well as several strategically placed spiders (for Dan Laidlaw’s benefit?). It was all the work of Peter and our two grandchildren.”

“For the last six or seven weeks, Peter, who had loaded the engine, had been concerned whether he had secured it well enough. However, jacked on to numerous timber beams, wedged with chocks, secured with chains, 12 heavy duty ratchet straps and numerous small straps, the engine would not have moved even if the container had fallen off the ship! Consequently it took several hours and numerous false starts before the engine finally agreed to emerge into the daylight of its new Welsh home.”

“Having been ‘stored’ for around 58 years and then attacked by Peter to make it fit into the container, we knew it would not look pretty and we were not disappointed! However, being 90% complete, I am certain that it is eminently restorable and will make a useful locomotive for the BLR. Although possibly a little optimistic, it would be wonderful if it could be operational for its 100th birthday in 2022 and, I believe, a milestone for the BLR. If lockdown continues for a long period, this may become impossible.”

The locomotive has, or never did get a name, so perhaps this will change in the future.