Coastal path and railway to be realigned 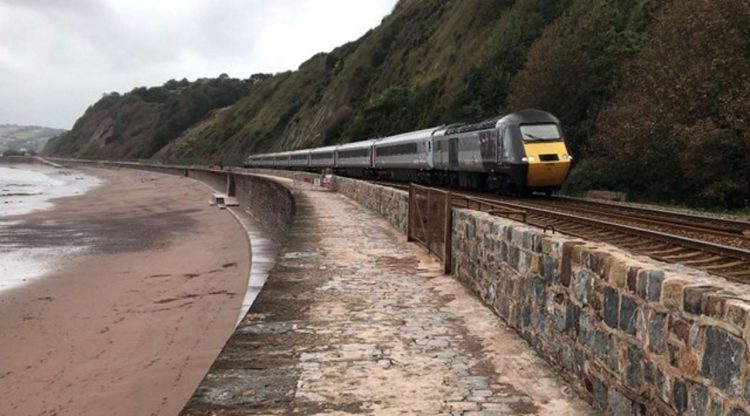 Network Rail is to refine plans to realign track on the railway between Parson’s Tunnel and Teignmouth in Devon.

The 1.8km section of railway on the line has steep cliffs on one side of the railway and the sea on the other.

A 6-week consultation took place on the plans, and over 1,600 people responded.

The plans were to realign the coastal footpath and the railway to allow space to be created which would allow work to stabilise the steep cliffs. An accessible footbridge would be built across the railway.

The consultation earlier this year saw more than 2800 people attend community events where they could view a 10m long scale model of the proposals.

For more information on the consultation, you can visit the Network Rail website networkrail.co.uk/Teignmouth.

Mike Gallop, Network Rail’s director for the Western route, said: “We would like to thank everyone who responded – we have read and reviewed every single comment. We received some good and considered feedback which can positively influence our plans, and it is important that we get this significant scheme right.

“As a result of the feedback, we are now refining the plans even further with a view to then sharing these revisions with the public next year. We’ll now spend the next few months working through this detail, once we have our refined plans, we will schedule a further round of public consultation in 2021.

“This means that we won’t be applying for a Transport and Works Act order to seek consent for the scheme this year as we had previously indicated in early communications. We will only proceed to this stage when we’ve done this further work and engagement.”

£26,500 grant for the Sittingbourne and Kemsley Light Railway