Work progresses at Loughborough on Brit and Castle respectively 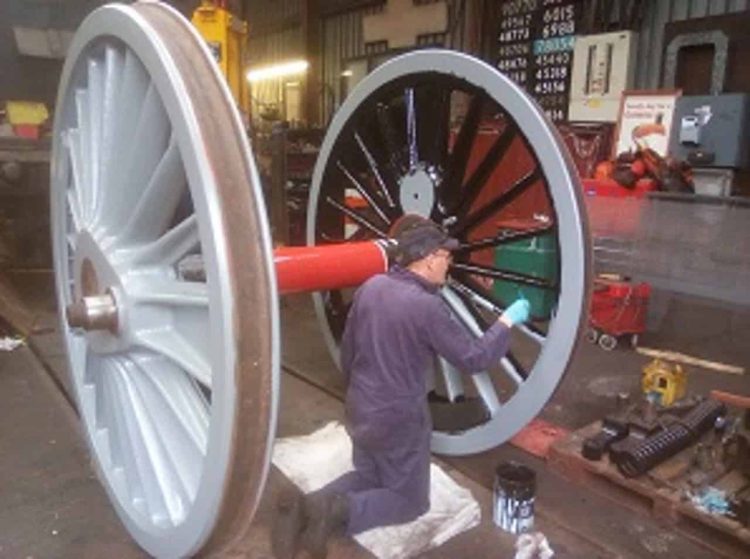 The Great Central Railway has released a short update on the overhaul and restoration of both BR Britannia 70013 Oliver Cromwell and 7027 Thornbury Castle respectively.

Oliver Cromwell’s overhaul is progressing after being withdrawn from heritage and mainline operations, whilst Thornbury Castle is being restored after being scrapped by British Railways.

A very short update by David Matthews says that the work has begun to reassembly the roller bearings on the tender for BR Britannia No. 70013 Oliver Cromwell.

These bearings have passed their inspection so are ready for use again.

7027 Thornbury Castle’s wheels have begun to be painted by Dean Taplin. At the time of writing, the first set was complete, with the next sets to be completed soon.

The group restoring 7027 Thornbury Castle have found the tyres on the wheels to be nearly as new which is great news for the team.

Work continues on nutting up the stay ends in the firebox of 7027 Thornbury Castle.

It is great to see progress being made on both 70013 and 7027, and hopefully, we will see them hauling trains once again in the near future.

CrossCountry has franchise extended until October 2023 thanks to new contract